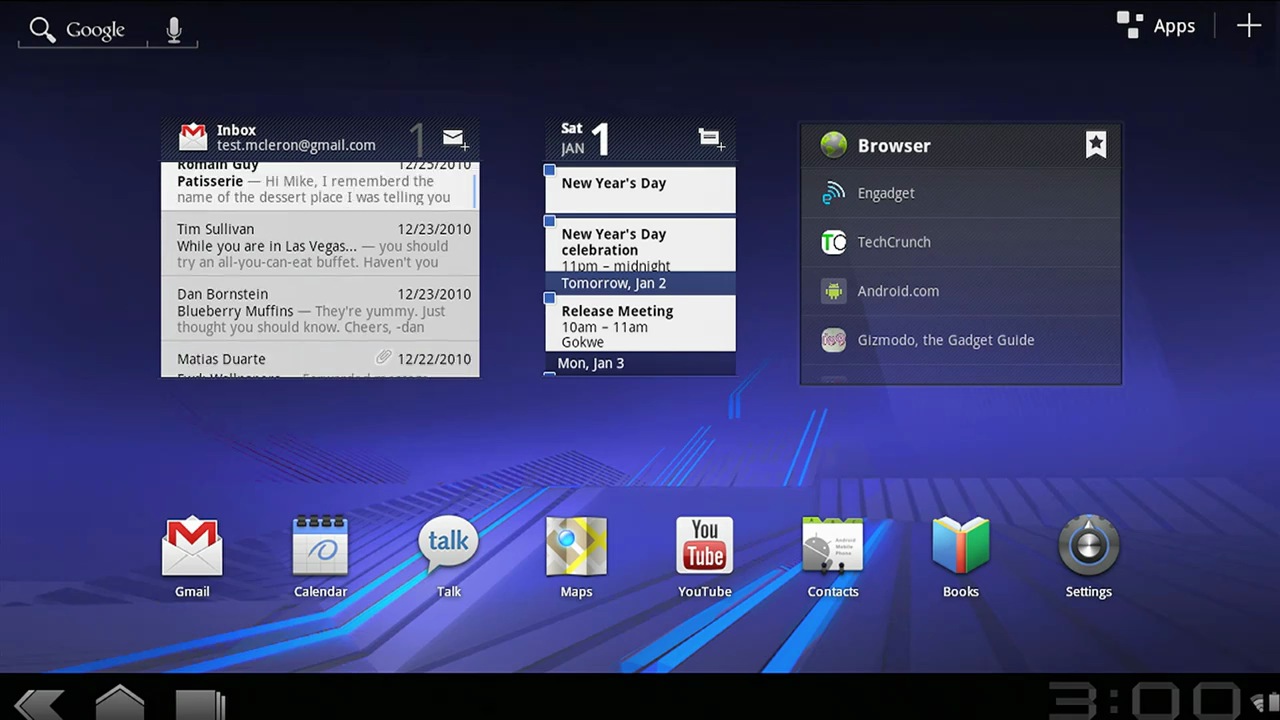 An official video promoting Android 3.0 Honeycomb has just appeared on YouTube, apparently without any accompanying fanfare from Google. It’s on the Android Developers channel, but one would expect at least a blog post to show off the various nuances of the new interface. Actually, as I was writing this very paragraph, the video was taken down, so I’m guessing this was unintentional.

Good thing I downloaded the 720p version and got screenshots of all the interesting bits! We’ll have video for you momentarily, but for now, enjoy these screengrabs of Android 3.0.

Read the rest on TechCrunch >>