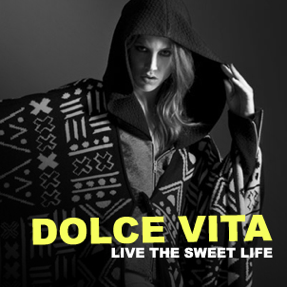 One of the recent startup trends that we’ve been seeing involves an industry that doesn’t immediately come to mind when you talk about Silicon Valley: the fashion scene. One fairly new entrant to the space is Moxsie, a community-driven indie clothing and apparel store that focuses on indy fashion. Today, the company is announcing that it’s landed a partnership to feature some of its items on Beyond The Rack, a ‘private’ shopping site with 3 million members that sells fashion apparel in flash sales (it’s in the same vein as Gilt Groupe).

Through the deal, every month Beyond The Rack will be having a four-day set during which some of the firesales will feature apparel designed by Moxsie designers. That could prove to be quite helpful for Moxsie, which is still a very young site and is eager to get in front of fashion-savvy users. It’s also a win for Moxsie designers, who will similarly get much larger exposure.

Moxsie, which we haven’t covered before, has taken an interesting approach to growing its community: it’s done it almost exclusively through Twitter. Ten months ago, the company’s Twitter account had around 800 followers — it’s now up to over 120,000. To help accelerate its growth Moxsie initially reached out to some key fashion bloggers, and since then the account has surged in popularity.

One of the keys, says CEO (and early Zappos employee) Jon Fahrner, is that Moxsie is letting its followers into its merchandising meetings, where the company meets with designers to figure out which items it wants to offer on the store. Instead of holding these meetings behind closed doors, Moxsie will take photos of each piece the designer shows off and tweets them, allowing the community to offer real-time feedback (these meetings are also sometimes broadcast on USTEAM). This obviously helps Moxsie determine which items to offer, and Fahrner says feedback can also be invaluable to the designer. Moxsie recently implemented Badgeville to help engage more of its audience.

My one gripe with this system is that it’s currently unstructured — there isn’t really a central hub for users to go to participate in these BuyerChat sessions. Sure, they can always participate on Twitter and USTREAM as they have in the past, but Moxsie could really flesh out the experience. That said, Fahrner says that the company is definitely considering its options here, and it will likely be making improvements to make the experience better.