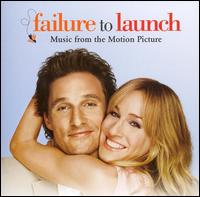 Even the long fawning UK press is now saying what any startup who has tangled with the music industry has said all along: Spotify will not be able to launch its free any-song-you-want-to-hear-the-second-you-want-to-hear-it service in the US. The Telegraph is reporting that at the last minute the labels demanded too much upfront cash, killing a hard negotiated potential deal.

This is sad, but not a surprise. Despite all the reasons consumers would love it and labels should be empowering a rival for iTunes, the labels are in defensive mode and have never been rational when it comes to these things. My issues with how Spotify has handled this aside, I actually didn’t want to be right on this one. It’s a sad day for users.

But this will be the interesting thing to watch: Does Spotify just roll these we’re-definitely-launching-in-the-US assurances forward to 2011, the way the company has the last two years or does it pivot, and focus on building a profitable site for Europe and other less guarded pockets of the emerging world? In the Telegraph link above an unnamed source says the year of brutal negotiations has forced Spotify to “stop and think about whether it can afford the move to the US and indeed whether it is worth it,” while the article quotes a Spotify spokesman as saying the negotiations are “on-going.” Oh, Spotify.

Here’s my advice: Pivot. Spotify has spent two years, and undoubtedly plenty of money and focus, fighting what was always a Don Quixote like battle to make the US labels listen to reason. This is the same industry who sued their users. It was a valiant effort, but it didn’t work. We can argue why they should back Spotify all day long, but the last two years has proven that they are just not going to listen without Spotify having to make some major concessions.

I think Spotify should walk instead of making those concessions. No matter how hot of a startup you are, money and time are exhaustible commodities. Spotify should start directing them at challenges elsewhere until there is enough of a sea-change in the US music market that labels see reason. Giving into the labels’ demands isn’t the answer. Instead, Spotify should retreat, build in other countries, perfect its model, get to profitability, and then come back to this market when the labels are weaker and Spotify is stronger, boldly proving cynics like me flat wrong. Use your international headquarters as an advantage, not a liability.

Spotify board member Klaus Hommels told me in an interview late last year that he believed Spotify may be the venture industry’s last-ditch effort to build an online music company. (Other than Pandora, of course, the online music company with nine-lives that finally won the right to exist.) He told the labels in negotiations that if they opted instead to drain Spotify’s venture cash and leave it for dead the way they have to so many others, they may never get another hot upstart to back. And that would resign them to an Apple dominated world.

He may be right. So why not play the long game, instead of the short one?