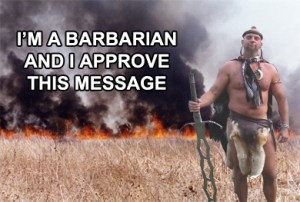 Around 2006 there was a sudden increase in so-called “partial liquidations,” where entrepreneurs could take some money off the table during a mid-stage funding round. Considered unheard of at the time, now they’re the norm for companies doing well.

Then in 2009, we saw the rise of secondary markets, which allowed early stage investors and employees to take some money off the table at more frequent intervals. That’s still controversial in some quarters, but becoming the norm for hot companies– and at huge sums.

And now, Dow Jones VentureSource has been tracking a new trend in the same vein: An increase in private equity money not just cashing out some founder or early investor shares, but buying the whole company as a way for everyone to exit and still keep the company private. In 2010, there were 23 buyouts of venture-backed companies by private equity firms totaling $1.9 billion. That’s a small percentage of the overall liquidity last year, but more than half of the $3.4 billion brought in by IPOs. And like IPOs, these buyouts usually represent larger exits than corporate acquisitions.

These three trends–partial liquidations, secondary trades and private buyouts– are all intermingled and all symptoms of the same problem: Most startups hate the idea of being a public company. In most cases, this urge to find liquidity elsewhere has nothing to do with Wall Street demand for growing companies; it has to do with companies and founders not wanting to file. That’s a massive cultural shift from the ecosystem on which the Valley and the Internet was built. It also is emblematic of the strong divergence between short-term flips for the singles, increasingly long-term investment horizons for the homeruns and the relative lack of doubles and triples in the middle that we wrote about yesterday.

Interestingly, this buyout trend isn’t just because IPOs have been out of favor for the last few years. In a poll, more than 50% of VCs told Dow Jones VentureSource that they expected private buyouts to increase as a viable exit strategy in 2011 even as the number of big IPOs increase. In many cases, the buyout is a just step to an eventual IPO, in others it may be the final destination.

This is strange, because buyout firms and venture capital shops used to be the polar opposites of the private equity world. One was known for taking has-been public companies and helping streamline and relaunch them anew inspiring books like Barbarians at the Gate, and the other was known for creating huge, new companies from nothing but an idea inspiring books like The New, New Thing. Few people saw a trend of one cashing the other out coming.

Jessica Canning, research director for Dow Jones VentureSource, joined us via Skype to talk about the trend, whether it’s a good or bad thing for venture returns over time, and who is most likely to write the biggest checks as the trend continues.