While co-founders Adam D’Angelo and Charlie Cheever are famously quiet about Quora’s user and traffic numbers, entrepreneur Semil Shah has discovered something even more indicative of the site’s entrance into A-List status — A Quora button right along side that off Facebook and Twitter on startup BankSimple‘s website. A sign of an impending Twitter moment?

Says Shah, “As much as older brands may resist, the rising tide behind Quora’s popularity will reward those businesses who choose to embrace this trend rather than learn lessons the hard way, too late.”

If you’re on Quora and have signed up for email alerts, you probably noticed a massive influx of “follow” emails over the past two weeks,  including some unlikely ones from top brands. This userbase expanision is hard to ignore, culminating in Quora surpassing 25K daily unique visitors during the last week of December, according to Google Trends.

Some tech pundits are blaming the notorious Scoble Effect for the explosive growth, but Quora has seen this kind of spike before (sans Scoble) last year right around Thanksgiving, when just like Christmas, people have more free time to futz around on the Internet.

While Cheever admitted in a Quora thread that “a number of things going on at the same time, including these blog posts” are responsible for the growth, D’Angelo tells TechCrunch that the Google Trends numbers are “off” and that this oft-referenced user chart is also inaccurate.

Perhaps the existence of bootleg “Follow me on Quora” buttons are more evidence than any analytics of the site’s having hit already mainstream? 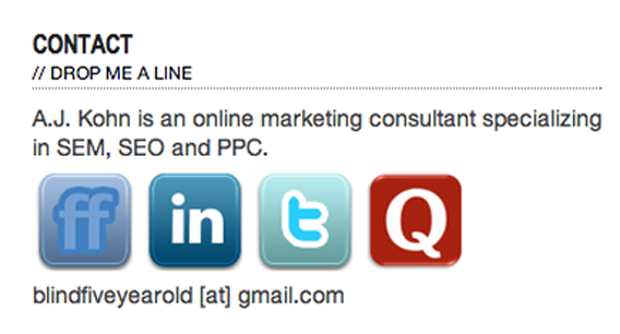 When asked whether if they plan on making official Quora buttons or adding even more social “Tweet this question” type features anytime soon, D’Angelo stated, “We haven’t prioritized that use case yet. we have our hands full just keeping up with growth.”

Just like in the case of the Quora Chrome extension, hardcore Quora fans have come to the rescue. Quora uers who want to stay ahead of the curve, can download an unofficial button here.