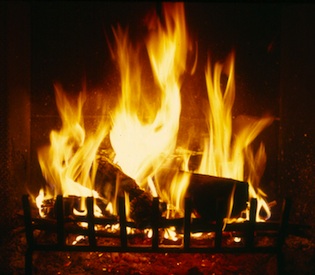 God bless 2010 as the year when everybody, including Twitter, caught up to Twitter . Now that we know the importance of streaming realtime, what are we going to do with it? I’ve been doing some thinking as I recover from a pinched nerve that has made it agony to do anything other than feel sorry for myself. Thanks to painkillers, acupuncture, and the iPad, I’m slowly regaining most everything but my sense of humor.

Luckily, the world continues to provide comedy (Rose Parade announcer Bob Eubanks tagging a marching band version of I Want to Hold Your Hand by hoping Stevie Wonder was listening) as we struggle to graft new technologies onto old memories and habits. Twitter provided a running commentary on this effort, from the 3D version of the Yuletime burning logs channel to Yoko suggesting John would have loved Twitter and Facebook. It certainly would have shortened the Lost Weekend. Imagine (cough) his tweet stream: Crawled off to sleep in the bath, isn’t it good @NorwegianWood.

Speaking of Apple TV, I went out and bought another one to go with the largest Sony screen I could get delivered from Amazon along with a freebie home theater audio add-on. Both kids got iPads from the grandparents, and already they’re lobbying for Apple TVs for their rooms. The good news here is that at a hundred bucks plus an HDMI cable my eldest can handle that from her baby sitting stash. She thinks I’m dreading her coming of age at 18. Thank god she doesn’t read TechCrunch.

What she does do is watch Netflix constantly. Amazingly, for one streaming sub of 8 bucks a month everyone in the house can now watch different Netflix shows simultaneously. Or download a newer show or movie to the iPad and Airplay it to a free screen somewhere in the house. Suddenly weekends are argument free — no more endless Disney channel blaring on the unwatched living room TV. instead I can push Mad Men season 1 to the big screen and 5.1 sound, and if the little one complains too much, push it or her into a bedroom.

You can extrapolate from this streaming culture in several directions. In the home, television and gaming are now virtualized. The content comes in via various services, is attached to the streaming network, and is consumed and metadata-tagged across devices before being pushed back out on the mobile network. As we vote for these services with our clicks and device shuttling, the amount of revenue will grow to a meaningful share of delivery models. That in turn will drive advertisers and companies seeking relationships with audiences toward an equitable business revenue stream on both sides.

As a result, Netflix will be able to produce useful metadata that can be mined to reduce the cost of customer acquisition, in their case Hollywood windowed content. This produces interesting economic effects, such as AT&T losing customers to a Verizon iPhone but saving even more overall by lowering the expensive acquisition costs of the iPhone subsidy. Similarly, if Apple TV/Netflix customers present a more influential cloud of metadata across the same recent/archive content base as Comcast provides, the media cartel may decide to lower the cost of their premium content to preserve a direct connection to the targeted audience.

Put in dollars, we spend $350 a month on Comcast (triple play including broadband and something called a land line I have no use for) and perhaps $30 or so on on demand movies. Let’s say $140 of that is for broadband (50 megabits downstream) and basic cable, so add $8 for Netflix and $50 for Apple TV recent movies and shows. There’s about a hundred bucks delta there, which will probably convince Comcast to unbundle some of their premium network shows to tap the new Airplay audience without losing a percentage of those customers. Seems counter intuitive but look what Google does with Maps, Google Voice, and Gmail. Trade lock in for a bigger slice of a broader targeted market.

The real competitor is Facebook, which faces the same calculation as Netflix in expanding revenue to keep the balance of value while growing the streaming audience. The DVD market is already dead, but BlueRay will not replace the revenue. Once we move to realtime acquisition and deployment of content, we’ll never go back. Simply put, the quality (or lack of it) of television and first run movies will encourage us to wait for the majority of it to hit the download or streaming venue and cherry pick the hits in the theaters. And those cable or satellite services that count on us not switching will find the rich metadata moving away from them even if we keep both services until the shakeout runs its course.

Once, or while these network effects accelerate, the shape of the set top box will change even more dramatically. Take a look right now: the Comcast DVR dwarfs the Apple TV. With his little hobby, Steve Jobs has done to TV what Twitter has done to news and the iPod did to music. By leapfrogging the hard drive to the Cloud, he’s created a streaming user experience across the entertainment media that we won’t leave. Fail whales, stuttering broadband, whatever — we’ll just move up the stack and pay à la carte if we can’t wait for the bits to flow again. By the time the network traffic is overwhelming, the increasing leverage of the streaming cloud will pay for repaving the cowpaths.

None of this is winner take all. In fact, the rapid construction of the realtime cloud depends on healthy competition to create comparisons we can evaluate. Much is made of Apple’s controlled platform versus Google’s Android openomics. But In actuality Google’s model requires them to keep HTML 5 and H264 open across both platforms in order to preserve the ubiquity of search data and YouTube. Google preserving Flash on its platform buys them allegiance to a desktop model that is being replaced at the very moment as we’re switching to the streaming cloud. If we arrive at the ? Icon or click on an image to start a video that doesn’t work, we don’t blame Apple, we blame everybody else.

By contrast, Apple lets Skype offer video conferencing on the iPhone over both WiFi and 3/4G. Although some think that will hurt FaceTime, I think it provides a ubiquity path for FaceTime to absorb Skype much as iChat effectively did with AIM. In the meantime, the small number of people who use 3G with the Skype client will not tax AT&T or Verizon if that happens. And letting Android phones into FaceTime gives Apple the broader market while preserving the ability to innovate across the streaming stack. That’s when the streaming cloud welcomes the enterprise. Happy New Year.