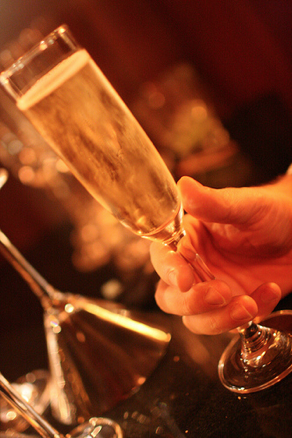 It’s New Year’s Eve, and there’s nothing that compliments a glass of celebratory champagne better than reflecting on the past year in technology news (really, it’s a blast). One of the best roundups just went up over on Techmeme, which has posted its annual “quasi-objective” list of the top 50 stories based how many links and citations each post received.

The top five stories shouldn’t come as a surprise, but they’re a good reminder of what’s gone on this year (apparently people like to write about Google and Apple):

Google has also posted a roundup of its own, recapping the 454 posts it published on the Official Google Blog this year. Google says that 24,768,052 unique vistors visited the blog — an increase of 70% over last year, though most of this stemmed from Google’s April Fools joke, where it claimed it was renaming the company to Topeka. I like our April Fools jokes better.
Ignoring the April Fools Joke, which had over ten times more views than any of the company’s actual news (a mildly depressing data point), Google’s top story was the ‘new approach to China’ referenced above. The second biggest story was Google’s post announcing ChromeOS — which was actually published in 2009 but has continued to draw attention, and finally had its big launch earlier this month. Rounding out the top five were Google’s announcement that it would install a fiber network in a still-undisclosed city, its decision to kill off Google Wave, and the launch of Google Places.