According to a recent comScore report, Canada has beaten out the US, the UK, France, and everyone else in the world in various metrics relating to broadband and internet use. While the conspicuous absence of the likes of Sweden, a perennial leader in these categories, fills me with suspicion, the numbers are still fun, and slightly surprising.

One statistic calculated to both please and terrify is that, by comScore’s measurements, just over half the population of Canada is on Facebook. That amounts to about 16 million people — a drop in the bucket with Facebook’s user base — but it’s the proportion that matters. US usage is around 40% by some estimates, which is of course significant, but it’s fun that Canada has passed us up in this race. I’m guessing it has something to do with the weather up there.

The comScore report (not actually provided, so this information is second-hand) also makes mention of some other specific services; internet-enabled TV, in the form of Netflix Streaming, Google TV, and so on, is far less prevalent there. Reuters attributes this to regulation debates, but I think that international licensing agreements are decades behind where they should be. This causes TV, movies, music, even ostensibly public-domain works to be inaccessible in some countries. Canada seems to be passed up whenever I hear about expansions by media distribution companies to to new markets.

Another interesting statistic, and one that strikes me as being rather anachronistic, is that Canadians spend an average of 42 hours per month on the internet. What exactly does “on the internet” mean in this case? I am on the internet upwards of 700 hours per month, depending on the number of days, since I have an always-connected smartphone. The internet is no longer accessed in terms of hours; we don’t log in and log out, or at least very few of us do any more.

While these metrics are certainly fun to think about, there are dozens more that are less conscientiously tracked, and less impressive-sounding. Uptake of next-generation services like cross-platform synchronization of files and calendars would be a good indicator, and smartphone use statistics are also highly relevant. Mapping information use is becoming an incredibly complicated field, and while Canada deserves a measure of glory for winning this little round-up, that glory will succumb quickly to a little scrutiny.

And for good measure: 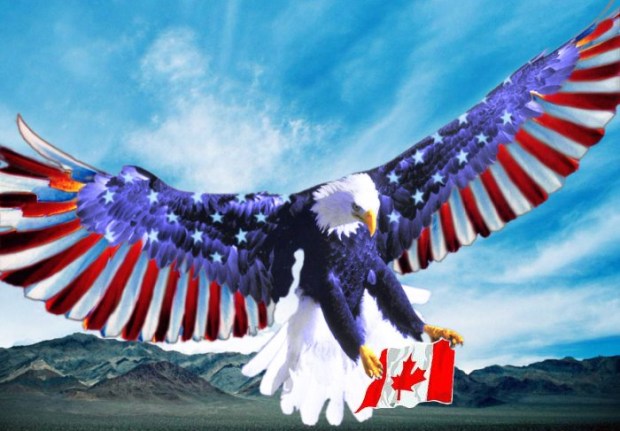 And because some people found the above image offensive, which was placed there as a very serious commentary on international politics and culture, and not at all a joke, it seems only fair that I should add a similarly serious contribution from the Canadian side (from the great Kate Beaton): 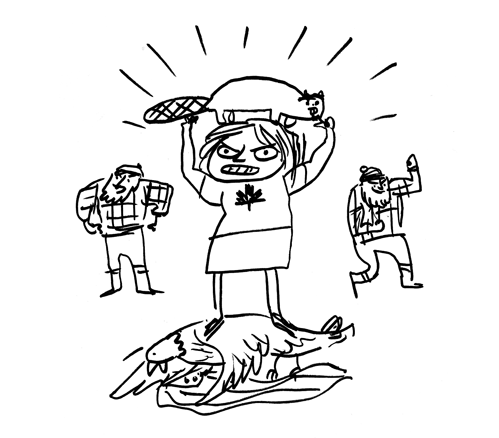