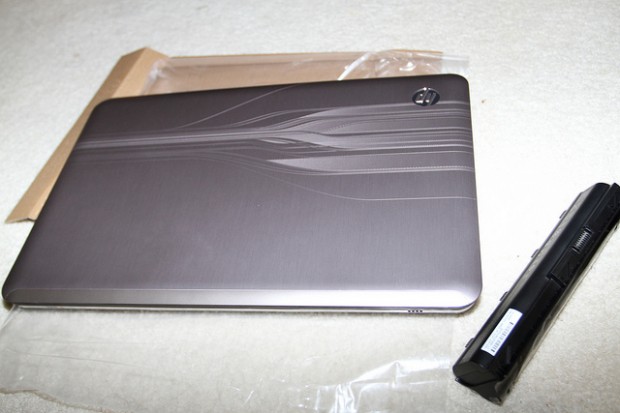 The Sandy Bridge refresh of the HP dv7 isn’t exactly official yet; that’s coming next week when Intel officially announces the next-gen Core CPUs. But one Micro Center clearly didn’t get the memo as a member of NoteBookReview’s forum site found out when the retailer was more than happy to sell him one. Lucky for us, he not only took a pic of the retail packaging that clearly spells out the internal components, but he also ran some benchmarks on next-gen Intel platform with results that should make you smile.

So along with the 2nd-gen Core i7 running at 2.0 GHz, there’s a 1TB 5400RPM HDD, 6GB of RAM, 1GB ATI Mobility Radeon HD 6570 GPU, and a 17.3-inch 1600 x 900 LED display. All this goodness resulted in benchmarks that ring in just slightly less than the current crop of quad-core desktop i7 CPUs. The buyer also notes that the 9-cell battery expires just under the four hour mark when running only Hulu, with normal web browsing and music playing extending it out a bit to around four and half hours.

Unfortunately Micro Center now longer lists the notebook as available, but chances are that will change once HP makes it along with the rest of its Sandy Bridge counterparts official next week. The release is clearly imminent.