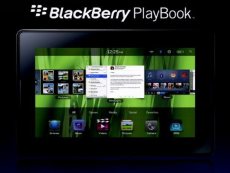 Oh, ruinous day. The tablet-lover’s great white hope, the RIM Playbook is apparently getting “just a few hours” of battery life, suggesting it is a bit more power-hungry than the 6 hour GalTab and the 10 hour iPad. While this is obviously based on non-final hardware, the chance that the Playbook will hit two hours or less of life is pretty bad, especially considering this is supposed to be the “anything but Apple/Android” solution for the vast majority of future tablet users.

Developers are also complaining that the dual OSes – BB OS6 for the phones and QNX for the Playbook – will fragment the space and force devs to deal with two potentially competing platforms. After all, why develop for the BB if you’re already making apps for the Playbook and vice versa.

The Playbook should drop in the next few months (probably March) so we’ll see then. Until then, here’s hoping the “few hour” number is just a rumor.