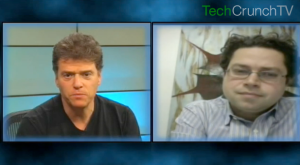 For TechCrunch co-editor Erick Schonfeld, 2011 might be the year that touch becomes central to the computing experience. It may also be the year when both mobile and social – John Doerr’s third wave – grows up to finally become the dominant sector of the tech industry.

Could 2011 be 2000 all over again? Could we see a collapse of all the optimism now surrounding mobile and social? Were Fred Wilson’s warnings about tech’s current irrational exuberance correct? Not according to Schonfeld who, while acknowledging that there are too many me-too companies, believes that the established players driving the current boom – Facebook, Groupon, Zynga and Twitter – are for real.

What Schonfeld wants in 2011

What Schonfeld fears in 2011