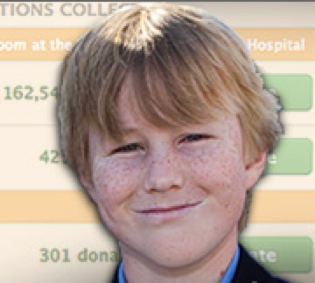 This whole UCSF Children’s Hospital challenge with Causes got kind of rough in the end. A bunch of individuals and organizations have been competing to raise donations – whoever got the most individual donors gets to name a room in the new hospital. Things got so heated, for example, that we sort of lashed out at HP. For that I’m sorry. But you should have seen the ribbing going on via email.

Zynga came in and crushed everyone with, um, more than 160,000 individual donations. Everyone else was in the hundred donation range, so the hospital decided to name two winners to keep things going. Until yesterday we were a distant 12th on the list with 74 donations. But we asked everyone attending our two TRON screenings last night to make a donation to the hospital as well, bringing in an additional 784 new donors and $7,030.

That brings us nicely to the lead, crushing the hopes of Paddy O’Brien, a 12-year-old bone cancer patient now in remission (pictured above), who would have otherwise won. He has 425 total donations, meaning we’ve beat him and now get to name the room whatever we want.

Ok, fine. We’re withdrawing from the race and merging all of our donations with Paddy. His Machiavellianly adorable strategy of tugging at your heartstrings isn’t beatable in a PR war. We surrender. He deserves the win. He gets the win.

Here’s the final tally before our last minute 784 donations. You can see Robert Scoble way down there at the bottom. 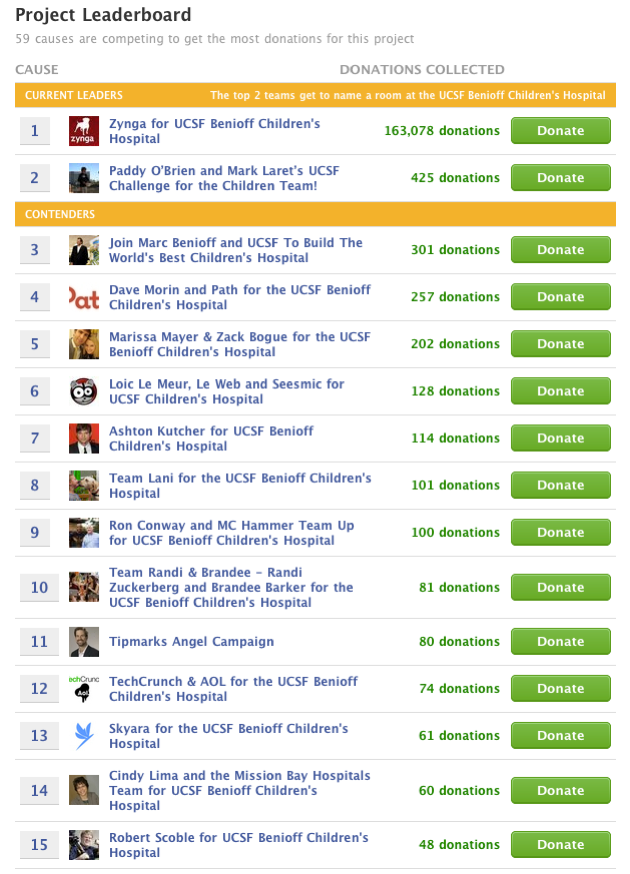