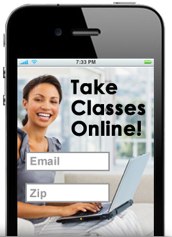 There’s no shortage of mobile ad networks; and unsurprisingly there’s been a lot of consolidation in the space marked by the acquisitions of AdMob by Google and Quattro Wireless by Apple. Today, Moolah Media is throwing its hat into the mobile advertising network ring.

Moolah Media, which has been in stealth for the past few months, is basing its network of mobile ads around a cost-per-action and cost-per-lead model. So the network’s ad formats allow advertisers to drive inbound calls directly to their call center, collect signups and registration leads, while also tracking conversions.

In a private beta period, Moolah claims that the platform generated 250,000 quality leads from 100 million impressions per month. The network also promises higher payouts and 100 percent fill rates for publishers. Ads can be placed within apps, on the mobile web or within text messages.

While advertisers pay more for CPA or CPL ad formats, Moolah Media will no doubt face competition from Google’s AdMob if the network turns on this type of advertising on mobile phones (which seems likely).