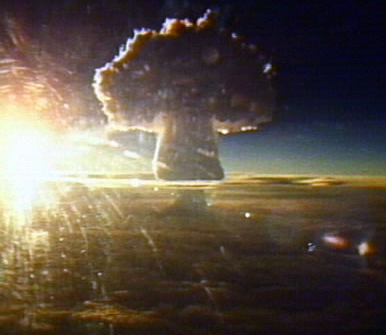 Looking over the tech news today, you’d think Chrome OS is dead. Nevermind that it hasn’t even officially launched yet. Dead.

Early reviews for the Cr-48, the prototype device (which Google has no plans to officially release) running Chrome OS, have ranged from mediocre to poor. And Paul Buchheit, the man often credited with creating Gmail for Google back in the day, kicked up the firestorm this morning when he predicted that Chrome OS would be “killed” next year in favor of Android.

Before I begin, remember that I’m the person who wrote perhaps one of the most scathing long reviews of the Cr-48 and the initial build of Chrome OS. Simply put: neither that device nor the OS are anywhere near where they need to be if Google wants to release these devices to the public. But we knew that would be the case. And Google had to as well. It’s a little bit odd just how many Cr-48s they’re sending out, but they really seem to believe that third-party developers will help solve some of their woes.

I don’t know about that. But I do know that at its core, Chrome OS remains a good idea. And it seems like one that ties directly to Google’s entire essence. If they put the resources necessary into it, and give it time, I do think it has a good chance to succeed.

Of course, both of those are pretty big “ifs”. One issue is that Google, like every other large tech company before it, seems to be spreading itself too thin. Despite some spin to the contrary, the company still essentially makes all of its money from one thing: search advertising. Other revenue sources are starting to emerge, but the actual potential of those businesses is still a bit cloudy — namely because there is a lot of competition in places like display advertising, local, and mobile.

Google may not win all of those spaces. Hell, they may not win any of them. That doesn’t mean they won’t be money-makers, but if they don’t win in the same way they’ve won search and search advertising, none of those businesses will be anywhere near the size of the core business. And that makes Google vulnerable.

But this concern isn’t stopping Google from pushing full steam ahead on dozens of projects ranging from books to self-driving cars. You could argue that all of that stuff is eventually in Google’s interest both from a product and business perspective, but no one, including Google, knows for sure. And because they’re dividing their awesome engineering talent between all of these various projects, they’re making it hard to nail any single project — such as Chrome OS.

My sense is that it’s becoming an empire divided. Sort of like Microsoft. There’s just too much going on, and too many people who aren’t on the same page — or even know what’s going on in other areas of the company. That doesn’t seem to be the case right now at the smaller tech companies like Facebook and Twitter. And perhaps that’s part of the reason why Google is losing talent to those places. Talent like Chrome OS’s chief architect.

But back to Chrome OS. While there are plenty of reasons to be skeptical, there’s also plenty of reason to believe in it. Again, fundamentally, it seems to be the closest product to what Google is at its core. That is, the web.

Android is not that. Android is a company Google smartly acquired when they realized that the mobile web was not going to be good enough, fast enough for the smartphone revolution. There needed to be native applications. It will probably go down as the smartest acquisition Google ever made.

But saying that Android will kill Chrome OS is myopic. Right now, apps are all the rage. But again, that’s because web technologies are not yet where they need to be. Apple found this out at first when they asked developers to create web apps and not native applications for the original iPhone. A year later, they had to open up native development. But the original idea was web apps.

And there’s a pretty solid chance that this will still be the future. The web governing bodies move too slowly, but they do move. And eventually mobile web apps should be on par with their native counterparts. And if that’s the case, developers will have a huge incentive to develop once for one unified platform, rather than three or four different ones.

We’ve already seen this happening on the web at large. Web apps are eating into traditional desktop apps for this very reason (along with others like ease of distribution, etc). Mobile is just a newer and different beast. One that has to be tamed natively first.

It seems as if all of this is cyclical. Native apps are the rage on mobile now. Walled gardens are hot because they make it easier to nail user experience — especially on the limited dimensions that mobile devices offer. But open will come charging back. I don’t know when. But I know it will.

And that’s likely to be the web. Again.

And the web is Chrome OS. In following up on his earlier post, Buchheit noted his surprise that an OS with roughly “zero users” had so many fans. But that’s not really the case. Chrome OS already has millions of users — because Chrome OS is just Chrome. Say what you will about the OS, but that’s what it is. It’s Chrome with a few little bells and whistles to make it so that you don’t need all the bloat that Windows has forced down our throats over the years.

In many ways, Chrome OS is the anti-OS. And that’s refreshing. It’s not where it needs to be yet, but when and if it gets there, it could be really, really great. Imagine a computer that boots in two seconds. Imagine one that lasts for an entire day on a single charge. Imagine one that costs less than $100. It could change the world.

Just think about what you use your computer for these days. There’s a very good chance that it’s mainly to use the web. I’m at a cafe right now. Looking around, every single screen has a web browser open. That’s important. That’s why Chrome OS was created.

Again, as I said in my Cr-48 review, unlike Google CEO Eric Schmidt, I don’t believe we yet live in a world fully ready for Chrome OS. So the key is for Google to keep the dream alive long enough for us to get there. That could mean several years of backlash and questions as to why they continue to work on it when Android is exploding. But the answer is because Chrome OS — at least the concept behind it — will eventually win. And when the time is right for that to occur, Google will be in prime position to really hit Microsoft where it hurts — in the wallet.

It’s a nuclear bomb that has been dropped, but could take years to explode.

That’s not a popular concept in today’s instant gratification world. Especially for a publicly traded company that has to answer to shareholders. But if Google does kill Chrome OS next year, mark my words, someone else will create it down the road. And Google, in full Microsoft-mode by that point with Android, will scramble to copy it. And they will lose.