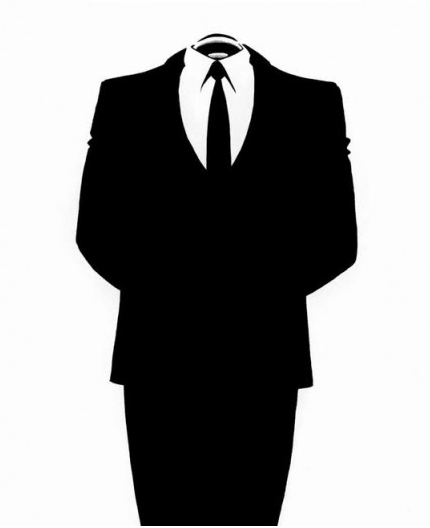 The Internet vigilante group Anonymous has been thrust into the spotlight this week as the WikiLeaks story continues to erupt like a media volcano. So like any group at center of a story would do, Anonymous has put out (yes) a press release outlining the motivations behind the attacks on PayPal, Mastercard and Visa and implying a change in strategy after attacks on Amazon never materialized.

“We do not want to steal your personal information or credit card numbers. We also do not seek to attack critical infrastructure of companies such as Mastercard, Visa, PayPal or Amazon. Our current goal is to raise awareness about WikiLeaks and the underhanded methods employed by the above companies to impair WikiLeaks’ ability to function.”

Thus far Operation Payback has orchestrated DDoS attacks on the corporate sites of companies deemed enemies of WikiLeaks after it started releasing thousands of diplomatic cables over Thanksgiving weekend.

The Anonymous hacktivist group behind Operation Payback had its main Twitter account and Facebook pages taken away on Wednesday and has since the been decentralized in its social media efforts. This however didn’t stop one of the splinter accounts from tweeting out the below release, stating that the group essentially did not want to injure the companies targeted, but in fact wanted to “raise awareness.”

“While it is indeed possible that Anonymous may not have been able to take Amazon.com down in aDDoS attack, this is not the only reason the attack never occured. After the attack was so advertised in the media,  we felt that it would affect people such as consumers in a negative way and make them feel threatened by Anonymous. Simply put, attacking a major online retailer when people are buying presents for their loved ones, would be in bad taste.

The continuing attacks on PayPal are already tested and preferable: while not damaging their ability to process payments, they are successful in slowing their network down just enough for people tonotice and thus, we achieve our goal of raising awareness.”

While the logic here is inconsistent (don’t people also use Paypal and Mastercard to buy presents for their loved ones?) the release hints at a kinder gentler Anonymous afraid of (yes) bad press. If so that would explain this further evidence of a more positive pivot, a mission statement asking group members to cull the most interesting parts of the WikiLeaks cables and republish — An action which, granted, does spread more awareness than the firing of a LOIC cannon.