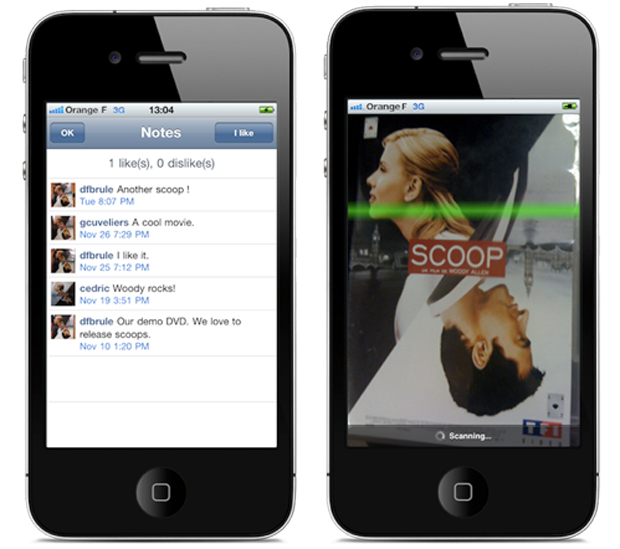 We ran into Dennis Brulé at LeWeb this week, Brule is a French entrepreneur and part of the team behind the Paris-based Moodstocks, which focuses on products that use image search including Moodstocks Contacts, Moodstocks Shopper and Moodstocks Notes.

Using a smart phone image recognition technology that Brulé and co-founder Cédric Deltheil have been developing for 4 years, the sparse Moodstocks Notes iPhone app allows you to check into objects like books, CDs, posters, flyers and wine labels by taking a photo, like Sticky Bits except without the barcodes. All you have to do is download the app and take a picture of an object in order to both add and see notes that other people have written.

The Moodstocks technology relies on extracting a specific signature for each image and then matches the signatures despite extraneous variables like lighting changes, etc. If you take photos of a DVD, Moodstocks will match the images to pictures other people have taken of the same DVD, even though it’s not the exact same one.

Moodstocks currently has a 500K Euros in angel investment from European investors. You can watch video of Brulé demoing the app below (excuse the quality) and download it here.