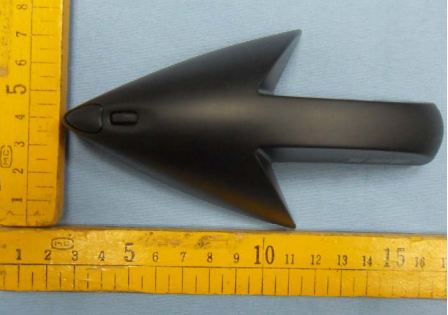 Remember this mouse? Maybe not. It hit way back in 2006 when Art Lebedev OLED-equipped Optimus Keyboard was all the rage. As with so many random gadgets, the Mus2 was quickly forgotten but it seems that it’s headed towards a US release. At least that’s what an FCC filing for a very similiar mouse named the Mus3 seems to state.

This version looks slightly different than the 2006 concept. The smaller second button has been replaced with a scroll wheel and the whole thing a good tad less refined. But it’s not a knock-off. The FCC grantee is Art. Lebedev Studio and if you look closely at the pic above, you can just make out Art Lebedev’s signiture barcode on the side of the mouse. It’s the real deal. 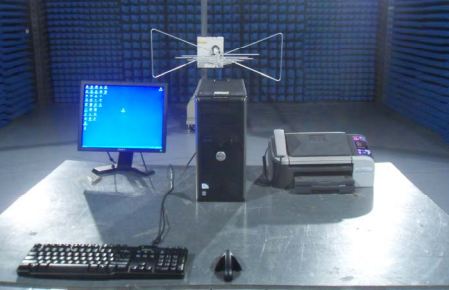 The documents just hit the FCC database today and reveals that the mouse has a “1000 CPI” (DPI maybe?) sensor that works on any surfaces except galss, 8 meter range, and has a “Unique line design, complies with ergonomic standards, fits for left or right hand operation with excellent feeling.” Still, looking at the test photos, the Mus3 looks rather large large unwieldy. It certainly doesn’t look comfy but that’s the normal cost of artsy-fartsy items like this anyway. Style isn’t cheap.