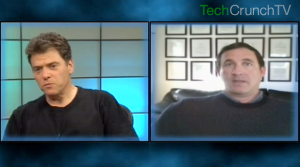 In a characteristically provocative op-ed in last Friday’s Wall Street Journal, Silicon Valley bomb thrower Andy Kessler said “it’s time to close the Federal Communications Commission.” Directly reacting to last week’s speech by FCC chairman Julius Genachowski which attempted to map out a compromise on the network neutrality issue, Kessler argued that any attempt to regulate the web will only stifle technological and business innovation.

The irrepressible Kessler – whose provocative new book next year is entitled Eat People – didn’t disappoint when I caught up with him on Skype yesterday. Describing the FCC as like “rotting cottage cheese in your fridge,” Kessler argued that the regulatory body is undermining the competitiveness of the American economy and should be gotten rid of immediately.

But not everyone sees the world in such starkly Manichaean terms as Kessler. Richard Bennett – the distinguished broadband network architect and a fellow at the Information Technology and Information Foundation (ITIF) – is both radically more nuanced and optimistic than Kessler about the value of the FCC and its latest network neutrality initiative. Indeed, when I skyped Bennett yesterday, he expressed hope that chairman Genachowski’s compromise solution announced last week would eventually lead to a solution to the intractable network neutrality problem.

This is the first part of a network neutrality double-header. Tomorrow, I talk to Gigi Sohn, Public Knowledge’s Founder/CEO and Silicon Valley based author and commentator Larry Downes about Julius Genachowski’s attempt to resolve the network neutrality dispute. However dry or obscure this issue sometimes appears, it’s actually critical not only to the future of the Internet but also – as Andy Kessler reminds us – to the overall competitiveness of the American economy.

Andy Kessler: Get Rid of the FCC