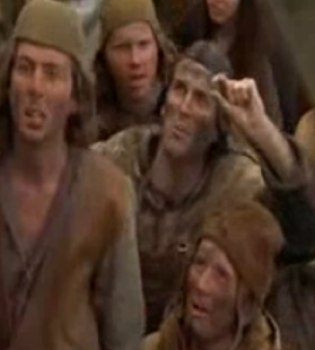 Just about every month for a while now there have been rumors about how much sense it would make for Yahoo and AOL (which owns TechCrunch) to merge. Reuters today brought it up again in a long article. They clearly have some unnamed sources, probably an investment banker and maybe an AOL exec, to fill in some of the details. But they don’t seem to understand the real mess that would need to be sorted out before a deal could happen, and some of their analysis is just wrong.

I remember once back in my lawyer days when I was working on a big merger between two tech companies – Aol and Netscape. Netscape by then no longer had the luster it once had – Microsoft has castrated it with Internet Explorer and the company was clearly heading in the wrong direction with little chance for a turnaround. Well, whatever. We were just the lawyers, and this was a BFD. But I do remember asking a partner why the companies were merging. He told me the classic M&A line: “They’re tying two rocks together and hoping they’ll float.”

Everyone knows, of course, that rocks don’t float (unless they are very small rocks). But for some reason deals like this happen all the time. Whatever happens, keep doing things. And there’s nothing like a big marriage to get everyone’s mind off the bad news.

I’m not saying that either AOL or Yahoo are “rocks” and doomed to die. But I don’t think that tying them together makes much sense anyway. Both companies need to be thinking about the long term as well as the quarterly financial results. And ten years from now, a merged YAOLoo won’t be in any better position to compete than if they remained separate companies.

Both companies have big challenges. AOL still relies on its dial up business as sort of a huge ATM machine. It costs virtually nothing to run it and hundreds of millions of dollars in free cash flow comes in every quarter. They (we) have to make sure that there is a viable business in place by the time that ATM machine runs dry. We have a clear strategy. Create lots and lots of original content under a number of independent brands, and sell advertising into that content. And continue to swim upstream on the homepage/portal stuff and related services while knowing full well that the younger you are, the less likely you are to not be using Facebook or Google for all that. Will this strategy work? I sure as hell hope so.

Yahoo’s different. They’re still completely in the portal/homepage world. They talk about social but they’ve failed to do anything meaningful there despite hundreds of millions of dollars invested over the last few years. They’ve effectively surrendered—most of the product and engineering people working on social products will be let go in the upcoming layoffs, we hear from sources close to Yahoo. What Yahoo’s interested in right now is cutting costs dramatically while pretending to still be a cutting edge tech company.

AOL is spending and experimenting. Yahoo is saving and cutting back. Which is the best strategy? I don’t know, but I do know that you can’t do both. Another reason why merging isn’t a great idea.

Then there’s Yahoo’s stakes in Yahoo Japan and Alibaba. Those stakes are worth a lot, and they can’t be sold without a lot of taxes being paid. Those assets work like a poison pill for Yahoo, making it nearly impossible for private equity firms to make a hostile takeover attempt pencil out on paper. Unless Yahoo willingly disposes of those assets a deal isn’t really possible. And my guess is Yahoo CEO Carol Bartz isn’t about to dispose of the one thing that’s keeping her in charge of an independent public company. Yahoo would have been torn apart long ago if not for that poison pill.

Everyone at Yahoo I’ve spoken with says they don’t have any intention of entertaining buyout offers from AOL right now. And everyone at AOL that I’ve spoken with say that there’s only mild interest at AOL of making it happen. It’s the investment banks that are pushing hard for this, eager to make a commission on a huge public/public merger.

And that, in the end, is all we have. A story being pushed by investment banks and eagerly lapped up by the press. I don’t see this deal happening, no matter how happy I’d be to see the once great Yahoo freed of the Kryptonite chains of Carol Bartz.