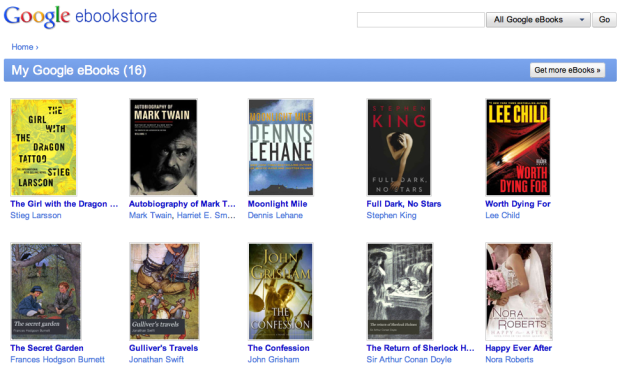 Google today unveiled its long-rumored entry into the e-book sales world, not called Google Editions, as was previously speculated, but a more anonymous-sounding Google eBooks. The basic idea is to provide an entirely web-based e-book platform accessible from any device with a browser. The business model they’ve opted for is slightly less centralized than the competition, but not quite the distributed seller network I envisioned last week.

My wool-gathering regarding the decentralization of the e-book store model are all in that post, so we’ll just focus on the particulars of eBooks service for now.

One quick note: I’m going to continue to use the term “e-book,” though the service has opted to drop the hyphen. Like so many new tech-related phrases, the word and its relatives have yet to settle into a single standardized form.

The eBooks service, then, works in any Webkit-compatible browser. The reader itself is built in Javascript, and will be accessible on mobile devices via the browser or the standalone apps — the Android app should be available now, and the iOS app will be so soon. 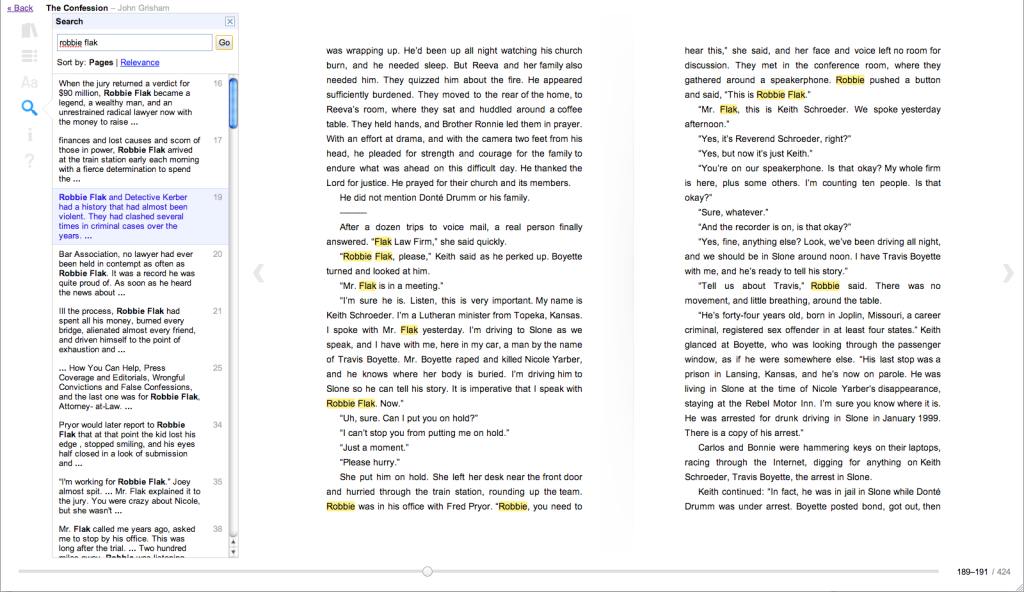 They’re launching with the support of around either 4,000 or 35,000 publisher partners, depending on how you count. 4,000 is the figure for the US launch, but internationally, they’re working with the remainder of that figure for a predicted 1Q 2010 launch. All the major publishers are signed on and will be providing a total of around 300,000 in-copyright works, mostly likely including anything you could buy new at any other bookstore.

They also are proud to be working with university, academic, textbook, and professional publishers whose works are harder to come by. They’ve worked out deals with the American Booksellers Association, Powell’s, and Alibris as well. By way of a shortcut, I asked if there were any major associations or publishers that Google had not included in at least a basic partnership, and they said no. And of course there is the immense library of public domain works, over two and a half million at the moment, which swells the total Google eBooks count to around three million.

GoodReads is their first (and only, at launch) “affiliate network” partner; eBooks services will be tied into the social reading site and revenue will be split three ways. On that topic, the revenue splitting scheme is divided into several categories. The major publishers will be taking 70% of the list price, others will be taking 52%, and the many independent bookstores and publishers Google has negotiated with have their own undisclosed rates.

I’m surprised Google is grabbing at so much of the list price; for a company that makes billions off of high-volume, low-value transactions, the choice to take half of every sale is puzzling. I would have guessed that they’d play a ten-year game, betting on e-books becoming such a high-volume market that Google could afford to only take 25% or even less of every transaction, encouraging use of their service over the competition. But what do I know?

As for the self-publishing utopia I pictured earlier, that’s not quite in the cards yet. I had a vision of a sort of behind-the-scenes Google store, visible only in an embeddable purchase widget. They say they’re working on something like this, but for launch, purchases will take place at the eBooks site itself. 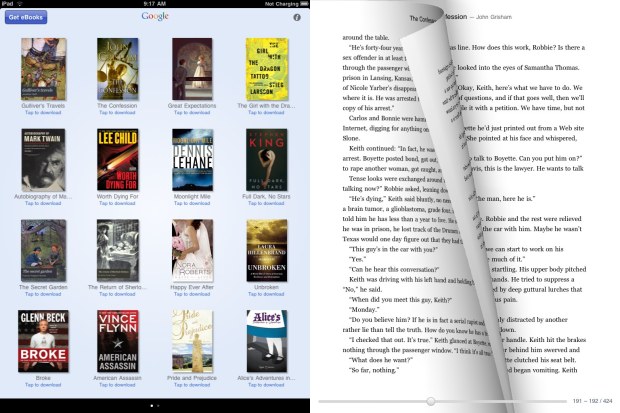 The reader itself is, as you might expect, a straightforward affair, in the usual Google style. There are some resolution and style differences between the platforms, but they’re similar for the most part. You’ve got your “shelf” view, presumably where you start off, where you can search your books or all e-books. Then you’ve got your reading view, with a nice search/highlight function and all the usual customization options. Your position in each book (and presumably any notes or bookmarks you add when that capability is available) are synced between devices, and you can pick up on your phone where you left off on your computer.

The team is especially proud of the page numbering scheme they use, which displays not the “virtual” page number, which would change every time you resized the text, but the actual print page number from that edition. If you have the text set to very small, it will read “pages 150-155” or something. Though the relevance of printed page numbers is decreasing, it’s a nice compromise. The team also noted that the reader interface has gone through four full versions via internal testing, so it’s not going to be (I feel they were implying) as raw as some Google products have been at launch. Good to know.

For e-books that require DRM, Google is using ACS4, though that is only for storing and displaying the books on devices that use that format. Copyrighted books bought from Google will be able to be readable on ACS4-compatible devices, a category which unfortunately does not include the Kindle (Nook works, my mistake), to my knowledge.

We’ll follow up this post with our impressions of the service, reader apps, and so on as soon as we’ve had a little time to evaluate them. Of course, you can also check it now for free, if you’re in the US, and share your impressions in the comments. 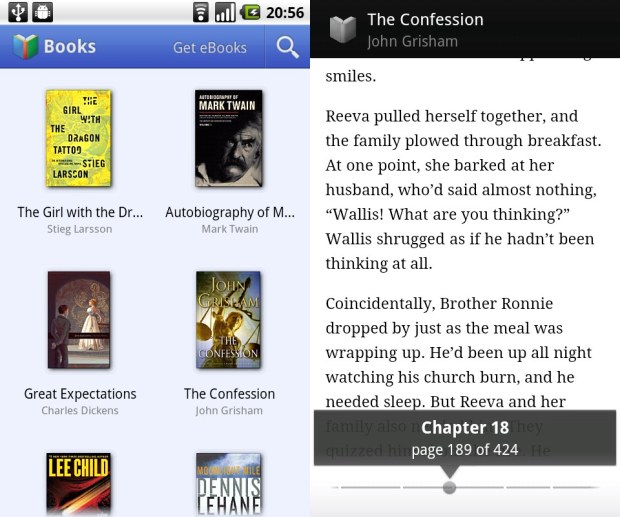 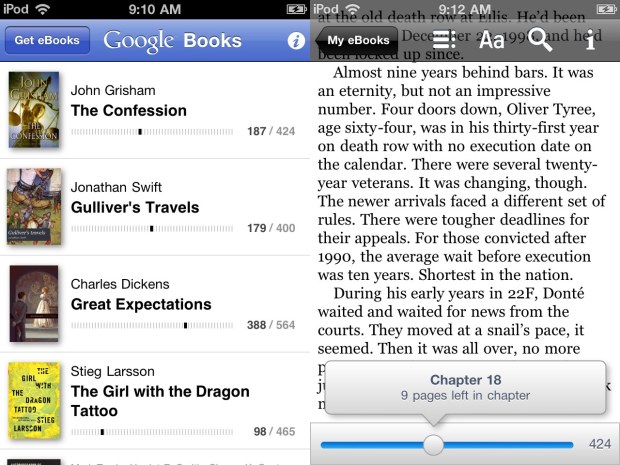