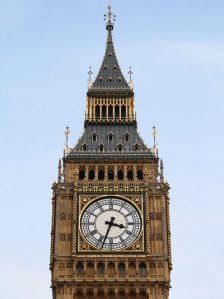 Another day – another year, actually – another airport. This time I’m at gate A11 at SFO waiting for my flight to London. My plan was to use the 10 hour flight to write a column about how I’m looking forward to seeing London again but how I’m nervous at the idea of catching up with the state of the city’s tech entrepreneurial scene.

From what I’ve heard from Brit friends who have visited the Valley, it seems that London 2.0 has remained – at best – stagnant since I was last there twelve months ago. In some cases, comically so. This time last year, we were all eagerly anticipating the imminent US roll-out of Spotify – the next big UK-based startup that was going to change the world (see previously Bebo – subsequently killed by AOL – and Last.fm – now set in amber by CBS). Twelve months on and, uh, we’re all eagerly anticipating the imminent US roll-out of Spotiy. And that’s it. As far as I can tell, there’s almost nothing else out of London that’s making even the smallest blip on the rest of the world’s radar.

I was going to write a column about that sad fact. That and the acknowledgement that I’m probably completely wrong about it. How it’s far more likely that I’ve just been stuck in the Valley bubble for the past twelve months, and that, when I get back to the UK, I’ll quickly realize how exciting and vibrant everything really is there, and how many companies are on the verge of making it big.

Or at least that was my plan until about ten minutes ago when I realized two things. Firstly, that I’ve spent so much time traveling domestically in the US that I’d forgotten that international flights don’t offer Wifi; which makes writing and posting a column from 37,000 feet a little tricky. And secondly, that this exact time last year I was taking the same flight, with the same concerns about London 2.0 – and writing the exact same last-minute column about how I was hoping to be proved wrong by the reality on the ground. Spolier alert: I wasn’t proved wrong at all.

For both of those reasons, then – as they make the final call for my flight – I figure it might be a cynically fun idea to simply copy and paste what I wrote last year, with just a couple of adjustments [marked by brackets] to bring it up to date. You might call it laziness, I might call it an ironic underscoring of the depressing rut of London 2.0. Either way, here goes.

NSFW: Sleepless in London. It’s scary outside the bubble
Dec 6, 2009

I’m tired. Very tired. It’s a little after 4am San Francisco time – noon GMT – and I’m sitting in the arrivals lounge Heathrow airport, thanking the lord for Boingo hotspots and trying to commit these few hundred words to cyberspace before the daylight finally penetrates my brain and my whole body goes into jet-lag meltdown.

Still, I’m a professional and there’s no use crying over spilt milk – I’ve spent five [six] pounds on a coffee, opened a fresh Google Document and am all set to write an alternative column on how happy I am to be back in London, and how excited I am for the opportunity to catch up with all the amazing and inspiring start-ups my erstwhile home has to offer.

But therein lies the problem. While I’m certainly happy to be here – it’s my 30th [31st] birthday tomorrow, and there is a party planned – the truth is, I’m just not all that excited about London’s current crop of dot com hopefuls.

When I moved to San Francisco at the start of the year, I promised myself I’d head back to the old country twice a year – mainly to keep my cynicism topped up and to make sure I didn’t lose the accent that your American women find so endearing. But also for a third, more serious reason: I don’t want to forget my roots. The London technology scene is where I cut my columnising teeth, and it’s Brit entrepreneurs that first inspired me to try – and fail – my hand at building a start-up. Whereas Valley entrepreneurs point to Facebook and Google as their inspirations, mine came in the form of Moo, Last.fm and Bebo. Smaller fish perhaps, but each with a uniquely British vibe that somehow made them more fun; more human. Also – say what you like about San Francisco as a technology hub, but the London scene’s parties shit all over the rest of the world.

But recently [last year] something has changed. I noticed it when I last visited back in June [2009] and, in what turned out to be my penultimate column for the Guardian, I  called time of death on London’s start-up scene. Everyone was running out of money, I said, people were getting laid off in their droves, and all the real action is – as ever – in San Francisco. Two days later, Guardian Tech’s freelance budget ran out of money, my column was laid off and I was hired by TechCrunch in San Francisco. QED.

And since then London has only become less relevant as a home for dynamic exciting start-ups. Take ‘Silicon Roundabout’. Last year, Dopplr co-founder Matt Biddulph noticed that a number of high profile start-ups – including Moo, Last.fm, and of course Dopplr – were all based within walking distance of the old street roundabout in East London. He jokingly suggested that the region be renamed ‘Silicon Roundabout’. Today the Old Street roundabout remains but Dopplr – and Biddulph – have left for Berlin, Last.fm is owned by CBS in New York and Moo has opened a US base of operations in Providence, Rhode Island. A similar story is true right across the Capital, with Bebo laying off almost all [all] of its local staff and countless other London 2.0 poster children looking to the US for money or a new base of operations. The idea that a company can thrive – or even survive – in London alone seems entirely implausible; ridiculous even.  Off the top of my head I can’t think of a single exciting web business that has come out of the UK in the past six months. Spotify is the nearest candidate and that was created by Swedes.

Moreover, in the few short months since my last trip back home I’ve gone utterly native in my attitude towards my homeland. I see plenty of my Brit friends when they visit San Francisco, but rather than asking for news from the old country, I’m more likely to ask them when they’re going to come to their senses and move to the Valley. I still visit TechCrunch Europe several times a week – Mike Butcher always does a solid job at covering what’s going on over here – but even there I’ve noticed a curious change in my attitude to what I read. Where once I read TCEU through the eyes of a local – noting new companies and inwardly congratulating the latest Belgian company to secure funding – I now look at European technology news in the way American news channels cover foreign stories about escaped bears. Not to learn anything useful, but rather to amuse myself on how parochial foreigners can be. Oh, bless, the French have launched their own rival to Facebook. Ho ho ho.

Things have got so bad that I’ve even started to mentally turn on my friends who are still toiling away near Old Street. A couple of days ago, one such friend – who I won’t name, sufficed to say he’s CEO of a hot London start-up – emailed me an amazing screed in response to a post by one of my TC colleagues hyping a Valley-based rival. The thrust of my friend’s complaint was that his company has been virtually ignored by TechCrunch.com even though TechCrunch Europe had hailed it as one of the continent’s rising stars. This disparity he blamed on the fact that TechCrunch (US) is only interested in local companies, created by people who happen to be friends of our writers. Six months ago, I’d have agreed with him – I mean, there really no need for ten thousand Pandora stories for every Last.fm post, or four hundred Foursquare plugs for every mention of Rummble. But on reading my friend’s email this week, my first response wasn’t sympathy, but apathy. Mate – I thought – that’s just the way it is. TechCrunch is based in San Francisco and so are most of the companies TechCrunch covers. Those are the rules of the game. If you don’t like it, stop whining and get on a fucking plane.

But the fact is, my friend is right; and I’m wrong. There are hundreds of amazing technology companies outside of the Valley, many of which haven’t taken a penny of American money and are making money hand over fist without a single San Francisco-based user. Just read a couple of Lacy’s recent dispatches from India or China; or a week’s worth of TechCrunch Europe posts and you’ll see that’s true. The problem – my problem – is that living in the Valley has it easy to forget, or care, about them. The skin of the bubble is just too thick and the voices from Europe (and beyond) just too faint and distant.

And so I’ve taken my own advice and got on a fucking plane. In the three weeks I’m in town, I’m planning to meet as many UK-based start-ups as possible, to keep half an eye on what comes out of LeWeb next week, to catch up with friends who are still doing cool things near Silicon Roundabout, to re-avail myself of the kick-ass social scene here – and above all to remind myself that the old country is still home to plenty of new thinking. And then at the end of the month, I’ll return to the bubble – re-energised with cynicism and hopefully slightly less convinced that Foursquare represents the most important thing in the future of the world. I mean, everyone here knows that’s Spotify.

But all that will have to wait until next week. I’ve got a birthday to have first – and right now I just need to get some sleep.