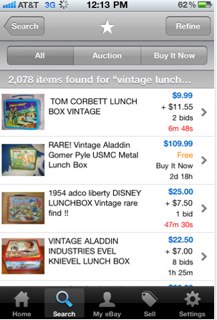 eBay and PayPal have released their Black Friday sales and usage data and it looks like both the marketplace and the payments platform experienced strong growth in terms of mobile shopping.

eBay sales in the U.S. from its suite of mobile apps nearly doubled over Black Friday 2009. Globally, eBay mobile is on track to nearly triple its sales over last year and is expected to bring in well over $1.5 billion in mobile sales this year (previously, the company had publicly stated that eBay would bring $1.5 billion in mobile sales; it looks like that number has been altered slightly). On Black Friday, eBay saw a 30 percent increase in mobile bidding activity, compared to the previous year. And since the launch of its first mobile application in July 2008, nearly 30 million items have been bought or sold using eBay mobile apps around the world.

These results are definitely representative of a larger trend considering that PayPal processes 16.5 percent of U.S. eCommerce and 15 percent of global eCommerce.

In preparation for the holiday shopping season, eBay recently launched a new iPhone app that included bar scanning; and PayPal used exclusive deals as incentives to use the payments technology. Mobile shopping is expected to be huge this year and tt should be interesting to see if eBay and PayPal can sustain the mobile sales today on Cyber Monday and throughout the holiday season.

Of course for total retail sales, eBay lost out to Amazon, Walmart and Target who all took the top spors for online retail sales for Black Friday.