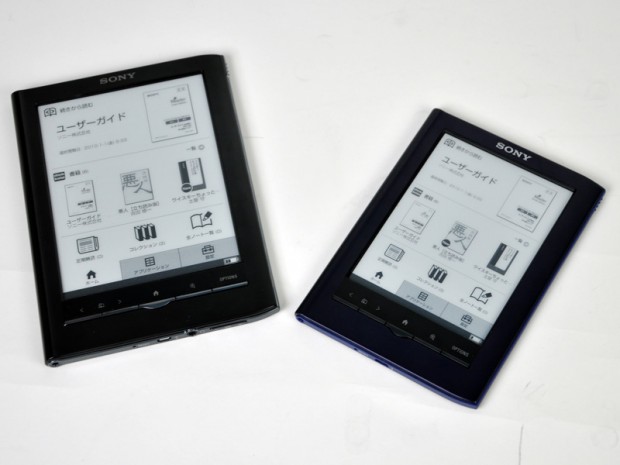 Sony yesterday announced [JP] it’s ready to re-enter the Japanese market for e-books with the launch of two new e-readers – after having failed miserably between 2004 and 2007. In 2007, Sony pulled out of Japan and focused solely on markets outside Japan, especially the US. But according to the company, e-books will soon be the fourth pillar of its entertainment segment, next to music, movies, and video games.

The final goal is to gain a significant share in the Japanese e-book market, which has the potential to become the world’s second largest (following the US), according to Sony Electronics’ Senior Vice President Fujio Noguchi. The company will not only offer hardware but will take care of the content side itself, too, offering some 20,000 books in its Japanese Reader store from the get-go.

The plan is to launch a 5-inch-screen Pocket Edition ($240) and 6-inch Touch Edition ($300) reader on December 10. The readers weigh 155g and 215g respectively, can store around 1,400 books internally, feature 800×600 resolution, and can be used for about two weeks on one battery charge, according to Sony.

The company expects sales to hit 300,000 units by the end of 2011 and to capture 50% of the domestic market for e-readers one year later. The Kindle is not yet available directly through Amazon Japan (as in many other countries outside the US, a search leads to a link that directs potential buyers to the American site).

Sony also said they are now commanding 30% of the market in the US and operates its e-book business in a total of 13 countries worldwide.