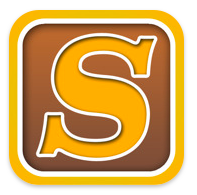 Just in case you’re unaware of our affection for singer/songwriter Jonathan Mann, see here, here, here, here, or here. But the relationship didn’t start out so friendly. Initially, we ripped him for the Bing jingle song he wrote to win a competition. And Mann responded by writing a song about me. But it’s all good. We’re BFF now. And Mann keeps cranking out the hits. Now he’s trying to see if his song-a-day success can transfer to an iPhone app.

Songatron is an app that Mann and developer Iliya Yordanov dreamed up so that anyone could have fun with the songs Mann writes on a daily basis. Essentially, it’s a lot like Mab Libs, but for music. You load up the app, say a word, and pick a song you want to apply it to. The song then plays (complete with Mann singing and playing the music) with your word inserted in key points.

Sure, it sounds a bit simple. Maybe even dumb. But it’s actually pretty funny. And as Mann notes, it’s great if you want to let someone know that you admire them — or if you want to mock them. I mean, just listen to this and this and especially this. Yep, awesome.

And while the app costs $1.99, Mann has included 10 different songs, and promises to add 5 new songs a month from his collection (many for free, but some via in-app purchase). Plus, as a Thanksgiving Special, the app is 50 percent off, so it’s only $0.99 now. Good fun for the holiday times.

Meanwhile, the regular music career keeps progressing for Mann. Besides the Bing jingle, he got quite a bit of publicity when Apple played his iPhone 4 Antenna song before their “Antennagate” press conference over the Summer. Likely as a result, Mann will now be speaking and performing at MacWorld 2011 in January. He’s promised me that “I’m MG Siegler” will be played on stage. And he sent me along a clip of him and his band performing the song live recently. They’ve converted it into more of a punk rock song. It’s actually pretty awesome.

Watch Mann describe his new app below. The app works on the iPhone, iPod touch, and the iPad. Find it here.