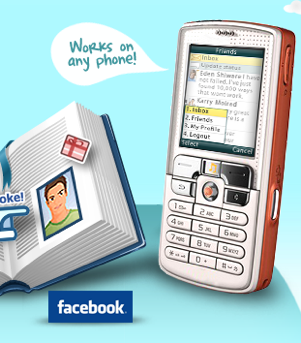 Snaptu, a Sequoia-backed company that offers a suite of smartphone-like applications that can be installed on more basic handsets, has hit another major milestone: it’s now up to 20 million registered accounts, 5.5 million of which are active. And it’s adding users very quickly — it was only last June that the company announced that it had 10 million registered users, 2.5 million of which were active. In other words, the company has doubled its user base in only five months.

The company isn’t showing any signs of slowing down, either. Snaptu reports that it’s now adding 2.5 million new users a month — more than one a second — and that it’s drawing 3.3 billion monthly page views. Snaptu says that 43% of its users are in Asia (including India), with 26% in North America and the rest split between Europe and South and Central America.

Smartphones like the iPhone and Android devices may be all we hear about these days, but the vast majority of mobile phones are still running operating systems that are much less sophisticated (and data intensive). That’s where Snaptu comes into play: users download the company’s Java application, which they can then use to install ‘sub-applications’. Snaptu’s library of apps includes Facebook, LinkedIn, Twitter, some news sites (including TechCrunch), and a more generic RSS reader. Snaptu offers these apps for free; it generates revenue through advertising.

Many of these services, like Facebook and Twitter, offer their own mobile-friendly web apps, but Snaptu offers a more consistent interface (you can jump between apps using an iPhone-like UI) and says that it’s been highly optimized for better performance. Whatever they’re doing, it seems to be working.