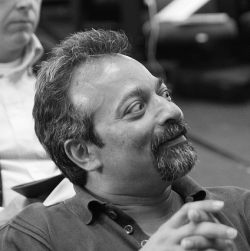 Enterprise cloud computing company Salesforce.com this morning announced the appointment of JP Rangaswami, an internationally acclaimed thought leader in the tech industry, to the newly created position of Chief Scientist.

Rangaswami, an expert in enterprise software, had recently stepped down from a similar position at BT Group, after nearly five years with the company.

According to the press release, Rangaswami in his new role will “help European customers think about innovative ways to use the real-time, mobile and social capabilities provided by Salesforce apps and the Force.com platform”. He will report directly to the company’s founder, chairman and CEO, Marc Benioff.

Prior to joining BT, Rangaswami was global CIO at investment bank Dresdner Kleinwort Wasserstein, which he joined in 1997. An outspoken advocate of open source technologies, Rangaswami is chairman of School of Everything, an educational startup that teaches a range of socially focused topics via the Web. He is also a venture partner at Anthemis Group.

Rangaswami was born in Calcutta (as the name of his blog suggests) and moved to the UK in 1980. You can – and should – follow the man on Twitter.