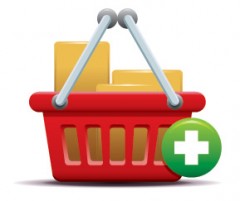 In the venture business being ahead of your time can be almost as bad as being late to a market. But the other great thing about the venture business is there are exceptions to every rule. Craig Donato is hoping that Oodle is the exception to that one. He’s spent more than ten years building a social classified company, powering the marketplaces for Oodle.com, MySpace and Facebook and growing to more than 14 million unique users. It’s backed by some of the smartest investors on the Web like Reid Hoffman and David Sze from Greylock, who both invested in Facebook and LinkedIn so they know a thing or two about the social graph.

Now one of Facebook’s other hot venture capital investors, Accel Partners, has funded Yardsellr which claims it’ll be the “eBay of Facebook;” meanwhile Groupon’s runaway success has made everyone reevaluate social shopping. So what does all that mean for Oodle?

For one thing, the company isn’t slowing down. Last week, Oodle acquired Grouply.com to help people sell things beyond just their friend circles to the friend-of-friend circles. The deal underscores a core tension that has held online classifieds from becoming bigger faster: Do sellers and buyers want trust and relationship or do they want huge marketplaces of buyers and sellers? Because by definition, only buying and selling from people you know limits the market.

Donato joined us to talk about the market, the Grouply deal, why he says classifieds are “social but not viral,” and why he has stuck with building out a market this hard for this long.