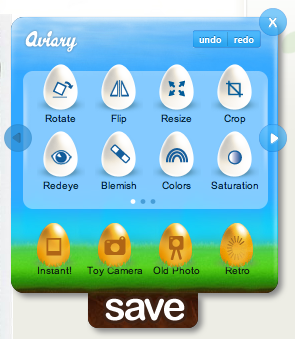 Aviary is very good at what they do. That is, offering relatively powerful tools for amateur artists to edit content online. But all of those tools are Flash-based. And some of Aviary’s partners didn’t like that too much, feeling they were too cumbersome. And some users were interested in the tools, but also wanted something more lightweight. So Aviary went to work, and came up with a new editor built entirely with HTML5.

The project, which they codenamed “Feather”, is an HTML5 photo editor that resides on both Aviary’s site, and can be easily integrated with any third party site. The tool, which appears as a small square widget overlay, allows people to quickly edit photos without Flash. And it gives third-party sites an option for a light tool that their users can use right on the site.

The tool has the core functionality that Aviary felt users and partners would want. These include the standard: Rotate, Flip, Resize, Crop, Redeye, Blemish, Colors, and Saturation. And Aviary threw in a couple of fun ones as well: Instant, Toy Camera, Old Photo, and Retro. These effects give photos looks similar to those found on some of the currently popular mobile photo apps.

But this is just step one for the editor. Aviary plans to add the ability to customize the editor’s theme, add more editing tools, and they’re even going to open source all the code for the tool. Plus they plan to give partners usage statistics.

And the plan is to get the tool working well on mobile devices too. Currently, it works on some but they’re working on making the experience better, Aviary co-founder Michael Galpert tells us. This tool will allow Aviary to build for every platform, he says.

Aviary has lined up some launch partners for the new tool. They include: Digital Youth Network, Everloop, Fashism, HowMutch, Market Publique, Rrripple, Saw You At Sinai, and Shopify.

Aviary is offering the tool for free for anyone to use and/or embed on their site. You can create and customize your own widget here. They will also have some premium features (new effects and functionality) down the road, Galpert says. 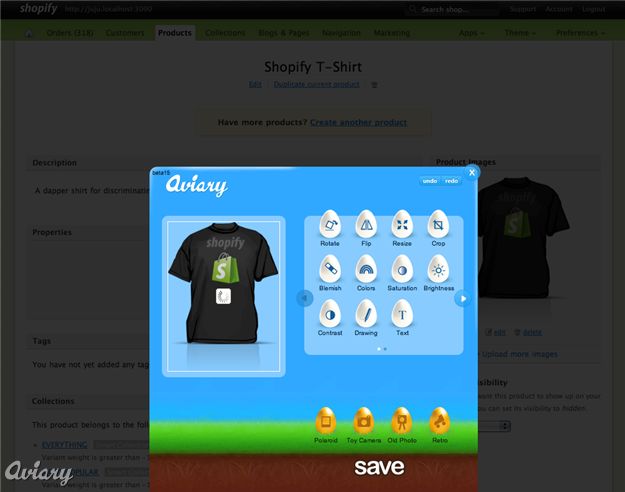 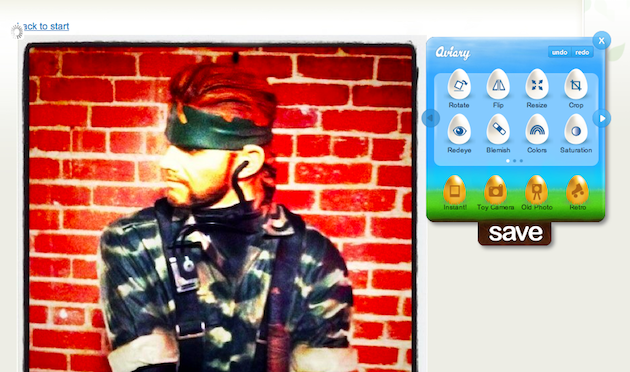