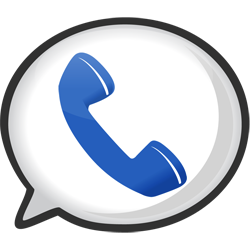 I’ve been using Google Voice on a daily basis for around a year now, and the last month has been by far the worst in terms of connectivity issues.  Right now, it looks like the service is having yet another outage — both Michael Arrington and I are having problems, and other users on Twitter are having them as well. Outbound calls ring endlessly (and sometimes get a “This Call Cannot Be Completed” error message); inbound calls don’t get through.

Update: As of 4:10 PM PST Google says the problems have been resolved. Looks like there were at least 90 minutes of downtime.

We’ve reached out to Google to find out how many people are being affected and when we can expect a fix. Update: Google has given us this statement for now: “We’re aware of a problem that’s affecting some users, and we’re working to resolve it quickly.” ”

As I said, this is only the latest in a string of recent problems. There was downtime on November 2 and again on November 5. It’s really getting to a point that’s beyond acceptable, and I may soon have to start handing out my ‘real’ phone number for mission-critical tasks. People rely on their phones for their most urgent business and personal matters — if you want to be a phone company you can’t go down.