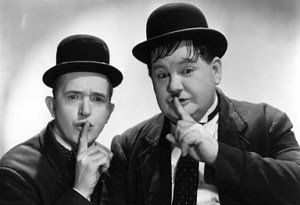 We’ve killed a lot of things recently at Techcrunch: the phone call, cable tv, books, the mouse, and many more. Regrettably, I’m ready to kill off another one — talking to people. It’s so inefficient, slow, and old-fashioned. ‘Talk’ about something that been around for at least thousands of years and is ripe for disruption by new technology.

The latest driver in the assault on talk is the recently announced Facebook Messages. The social media leader is creating a way to communicate no matter which format you are using: email, chat, SMS. Notice, they don’t include plans to help you actually talk to people.

Facebook Messages are searchable. Try that with talking. The product also offers a record of everything you communicate. This is so much better than talking. It’s hard to remember what I said yesterday. Forget about 3 years ago.

Social mores are changing too. I remember the first time a friend used an instant messaging system to contact me when I was sitting 5 feet away. We were the only two people working in a quiet newsroom in the middle of the night. Instead of talking, my friend sent me an IM. [Actually, a top-line message using BASYS back in 1980s, which later became iNEWS.] At first, I was puzzled and thought this was odd behavior. But soon, it made total sense. He was being courteous. Why interupt me with a conversation, when I could get to his message when I was ready.

Talking pretty much requires synchronous (at the same time) communication, but email/chat/text can be synchronous OR asynchronous. Talking to lots of people at once requires everyone to be in the same room or setting up a conference call. With typing, it’s a simple as adding a cc. This type of non-verbal communication is now the norm in many offices.

It’s also the new normal at home and away. I’ve heard many parents say the only way to reach their kids is via texting. When it’s time for dinner, they send a text to get their kids to come to the table. It’s not just kids. How many times have you seen people at a restaurant typing messages on their smartphones, instead of talking to each other. Perhaps, they are even typing messages to each other across the table. It’s also a growing trend on trains, buses, planes and even cars. People are more often typing, not talking.

A ‘conversation’ used to mean having a verbal discussion with people. Not any more. Google’s Gmail uses the word conversation for a threaded email.

Alexia Tsotsis just wrote about how the phone call was dead. So, imagine my surprise when she messaged me her cell phone number, so we could coordinate logistics for a tech event. Sounded like hypocrisy. When I asked her why she was sharing a dying phone number, she replied “Texts, my friend. Texts.” Of course. Alexia tells me “talk is definitely on its way out.” MG Siegler, who loves his iPhone, admits he uses his phone mostly for apps and browsing, not calls. He’s clearly not the only one.

By no longer talking to people, you don’t have to worry about rude, unwelcome ‘cold talking’ either. That’s when people just come up to you and start a conversation whether you are ready to or not, similar to a cold call on the phone.

To my friends, family, colleagues and future connections, please feel free to still talk or call me. I’m only kidding about no more talking. Mostly.