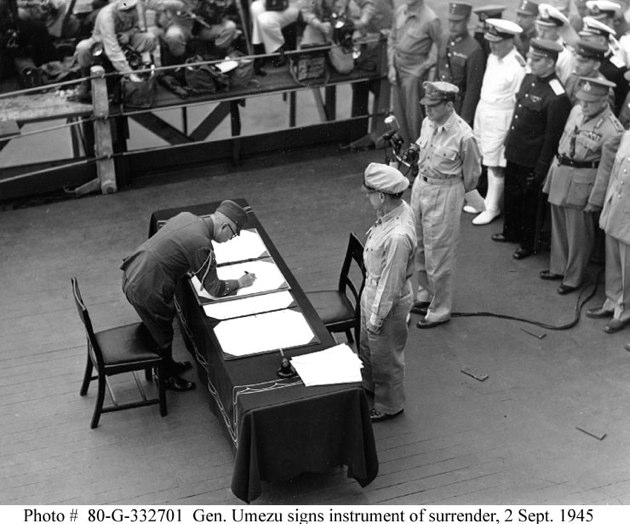 It was just a couple of years ago that MySpace wasn’t all that concerned about the fast growing Facebook. Fast forward two years and a handful of CEO changes, and everything has changed.

Last summer MySpace found a way to get MySpace status updates into Facebook. And today at noon at a special press event that everyone was invited to except us, they’ll announce more integrations. And it’s ok that we weren’t invited, because we now know exactly what they’re announcing.

The event is less of a partnership announcement and more of a formal surrender ceremony. 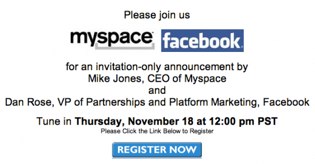 MySpace is sending CEO Mike Jones for the announcement. Facebook managed to rustle up a vice president – Dan Rose. Our sources say MySpace is a little more than embarrassed that Facebook isn’t making someone more senior available for the event.

Here’s at least part of what they’ll announce. Facebook Connect integration so that users can associate their MySpace accounts with their Facebook accounts and then log in to MySpace via Connect. Part of that is already live. MySpace will suck in as much profile information as possible and use it to help with advertising and the interest graph (bands you like, etc.)

And they’ll also announce that Facebook users will now be able to push all their Facebook status updates to MySpace. So your Facebook stream will appear on your MySpace profile.

Now all MySpace has to do is figure out how to get at least some of those users to hang out at MySpace occasionally, not just at Facebook. Their recent redesign is that effort. In a few months, we’ll all know if it worked and if there is any long term business for MySpace.