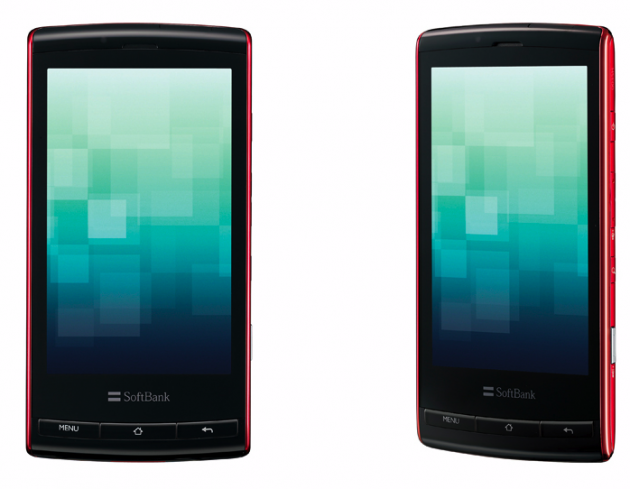 To say Japanese cell phone manufacturers are late in jumping on the smartphone bandwagon would be an understatement. In Japan, the iPhone eats their lunch, and internationally, things look even worse. In fact, Sharp, Panasonic, Kyocera, Hitachi and other makers have basically stopped selling phones of any kind outside Japan years ago.

But now two of the biggest players in Japan, namely Sharp and Panasonic, seem to be ready to enter the smartphone market – and on a worldwide level.

Sharp has already announced two nice-looking Android 3D phones for the Japanese market a few days ago (pictured above) and is planning to sell a total of 5 million smartphones a year in Japan alone soon. After talking about expanding overseas for a long time (and not really following up), big S this week said it plans to start rolling out said 3D handsets in the US, India, and China next year.

Reuters yesterday reported that Panasonic follows a similar strategy (releasing smartphones in Japan first, and in overseas markets second). According to the report, Panasonic will release Android handsets in Japan next year and in the US and other places in 2012 (these better should be worth waiting for).

The company gave up international handset sales in 2006 but now wants to boost worldwide sales to 15 million units by 2015 (Panasonic sells around 5 million handsets in Japan per year).