PixelActive, a 16-person company that provides 3D urban modeling software for video games, simulation, navigation, and urban planning, has been acquired by NAVTEQ for an undisclosed amount. The map, traffic and location data provider says it is buying the firm primarily to help it move from 2D to 3D maps.

They’re arguably quite late to the party, if they’ve only now realized we’re moving to a world of three-dimensional maps fast, but let’s not digress.

PixelActive, founded in 2003, specializes in tools and technologies for 3D modeling of detailed road networks, buildings and terrain. The company’s Cityscape product has already been utilized by NAVTEQ in the development of products such as 3D Junction Objects and 3D City Models, so the company is familiar with PixelActive’s technology.

Other clients include Microsoft, Sony, Nintendo, Autodesk and Lockheed Martin. 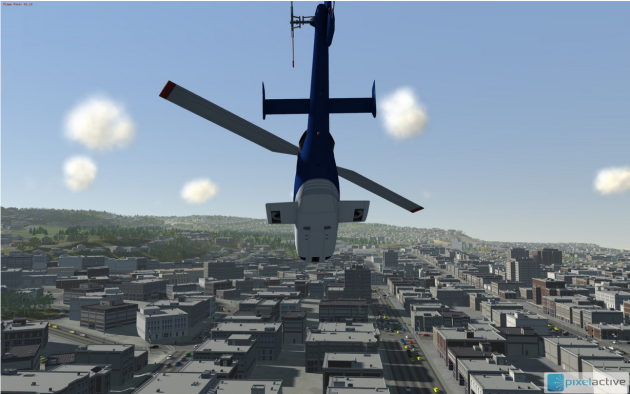 Steve Rotenberg and Michael Kelley, the founders of PixelActive, will stay with NAVTEQ and continue their current roles in the company’s R&D organization to expand its ability to build products in a 3D environment.

Both men are veterans from the gaming industry, having both worked in the computer graphics and video game industry for over 15 years.

Roternberg was at Angel Studios from 1992 to 2002, and he was involved in development of real-time technologies such as physics simulation, character animation, rendering, playing a key role on video game titles such as the Midtown Madness, Smuggler’s Run and the Midnight Club franchises.

Kelley worked for Angel Studios / Rockstar San Diego from 1996 to 2006, achieving the title of Technical director. His work there helped ship titles including Red Dead Revolver and the Midnight Club series.