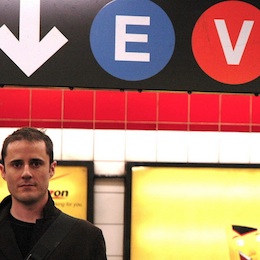 Today at the Web 2.0 Summit in San Francisco, Twitter co-founder Evan Williams sat down with host John Battelle. Battelle asked Williams about Twitter’s relationship with Facebook. As you might expect, it’s complicated, according to Williams.

Battelle asked if Twitter was open to doing more integration with Facebook. “I think you’d have to ask Mark [Zuckerberg] that. But you missed your opportunity,” Williams joked (Zuckerberg was interviewed on stage yesterday). Williams noted that Battelle also didn’t ask Zuckerberg why they blocked Twitter’s contact integration.

Williams says that he’d like Twitter users to be able to tap into Facebook to make their experience better. And he said he understands their position in that they see their social graph as their core asset. But he clearly doesn’t think it’s the right idea to block them. Facebook’s reason is that they like to have formal relationships in place for deals with large companies. It’s the same reason they blocked Apple’s Ping service.

“We’re talking to them often”to see if there’s a way to work together,” Williams said of Twitter. “So far, neither side has figured out a way to do that other than what we’re already doing,” he continued.