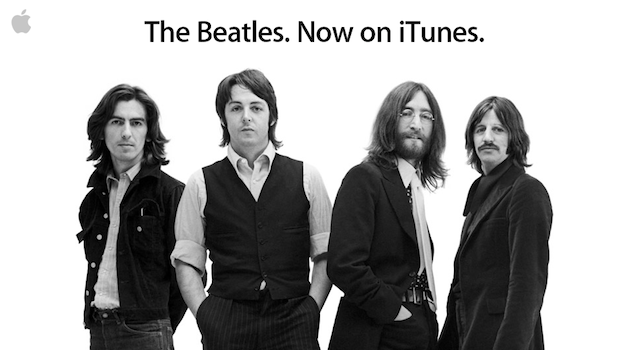 “I am particularly glad to no longer be asked when the Beatles are coming to iTunes,” says Beatles drummer Ringo Starr in the official release announcing the band has finally come to iTunes.

Yes, well over 7 years after Apple’s online music store launched and completely changed the industry, The Beatles have landed. And they’ve landed in a major way. If you go to Apple.com you’ll be greeted by a huge picture of the band with the words, “The Beatles. Now On iTunes.” Clicking on this takes you to a landing page with more. “In 1964 the band that changed everything came to America. Now they’re on iTunes,” another picture reads. Below that are links to videos that Apple is making available about the band.

That includes a few ads, which Apple will apparently be running on TV to let the world know that they’ve finally landed the big fish.

If you load up iTunes this morning, you’ll also see that The Beatles have basically completely taken over the store as well. The front page has a giant banner for the band, and under that are the individual albums, all of which you can buy for $12.99 each (or $19.99 for double albums). Individual songs are the high-end $1.29 a piece. Or you can buy the entire box set of Beatles albums for $149. That includes their Past Masters collection and a live concert film from 1964 — the band’s first U.S. concert.

Apple notes that the latter is an iTunes exclusive, which seems to suggest the rest of The Beatles catalog isn’t. No big surprise there, but I wonder how long it will be until the band shows up on other rival MP3 services? The catalog currently isn’t on Amazon MP3, for example.

And yes, The Beatles are now on Ping.

Sadly, there’s no streaming concert this morning from remaining Beatles Starr and Paul McCartney. Instead they just have the statements from them in the release.

“We’re really excited to bring the Beatles’ music to iTunes. It’s fantastic to see the songs we originally released on vinyl receive as much love in the digital world as they did the first time around,” writes McCartney.

Yoko Ono, the widow of John Lennon writes, “In the joyful spirit of Give Peace A Chance, I think it is so appropriate that we are doing this on John’s 70th birthday year.”

All four estates undoubtedly had to agree to seal this deal. And you can be sure it’s a lucrative one.

Says Apple CEO and well-known Beatles fanatic Steve Jobs, “We love the Beatles and are honored and thrilled to welcome them to iTunes. It has been a long and winding road to get here. Thanks to the Beatles and EMI, we are now realizing a dream we’ve had since we launched iTunes ten years ago.” See what he did there?

Sometimes, it seems, you should read too much into images. 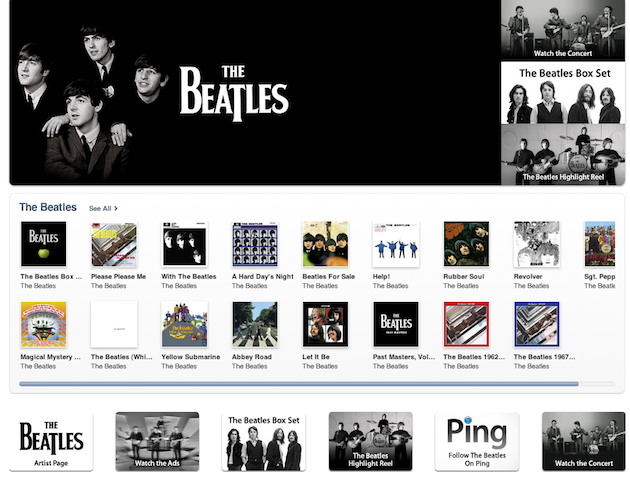 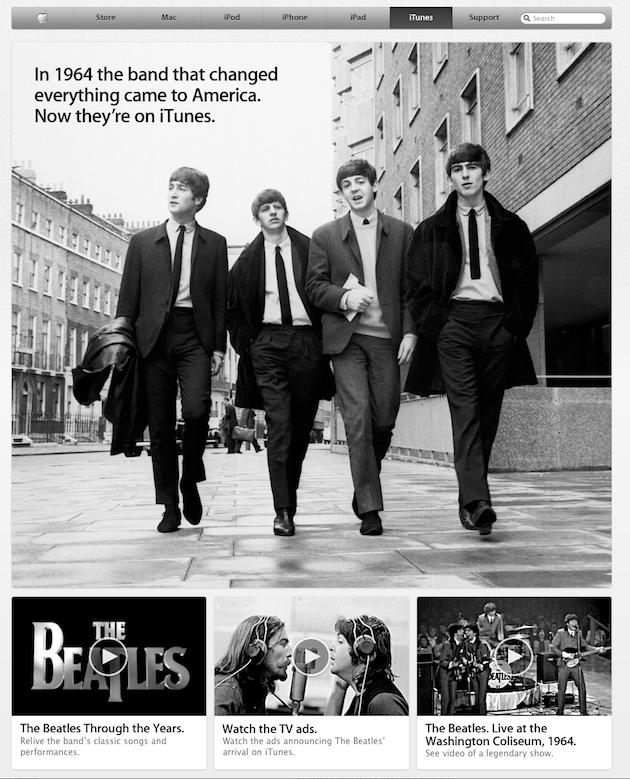