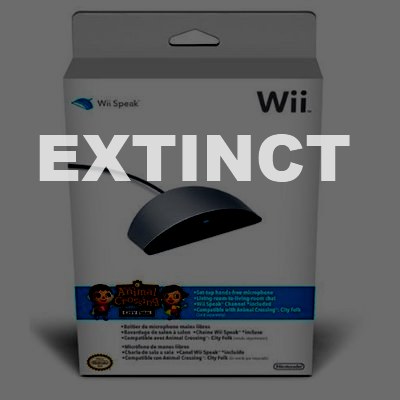 It appears that the Wii Speak microphone we saw debuted at E3 2008 with the new Animal Crossing hasn’t seen the interest Nintendo hoped for, and has been discontinued. I probably could have told them that in the planning stages and saved them some money. Now the question is: will the Vitality Sensor share the same fate?

The Wii Speak mic never really made a splash, probably because, I don’t know, the entire point of the Wii is having fun with people in the same room as you? Even if such an accessory were necessary, wouldn’t it be better to use the microphone in the DS or something? Give me a break!

Ah well. It’s just Amazon that’s showing the device to be discontinued, so maybe I’m wrong. But I still thought that thing was a goner from the start.