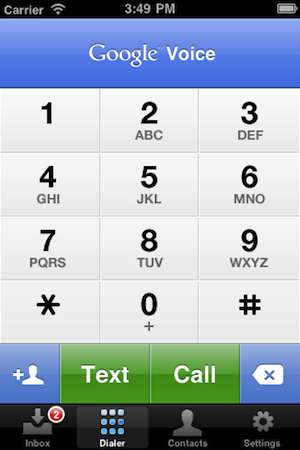 Over the past few years, there has been no shortage of developers complaining about how long Apple has taken to approve their iPhone applications. But few have waited as long as Google for the Google Voice application. But today brings great news: the wait is over.

Yes, the app is real, it’s approved, and it should be live at this link. The official Google Voice for the iPhone is here. And it’s wonderful. Yes, it was even worth that insane wait.

As you’re probably well aware, this app has had quite the contentious history. Google originally submitted it to the App Store about a year and a half ago. But 16 months ago, Apple decided they weren’t going to accept it. Not only that, other third-party apps with Google Voice functionality were pulled from the App Store as well.

While Apple and Google were both silent on the issue at first, the government got involved and both sides were made to disclose at least part of their stance on the app, their relationships with carriers, and the relationship with each other.

Apple’s stated stance was that they didn’t like the Google Voice app because it was too similar to the functionality of their own built-in calling system on the iPhone. They also said that they hadn’t rejected the app, just that they were still considering it for approval.

BS or not, Apple controlled their own App Store, and there was little Google could do. The decided to build a web app for Google Voice instead.

But this past September, Apple, perhaps pushed by the governmental inquiries, decided to ease up on many of their strict App Store rules. This led to third-party Google Voice apps being allowed back into the App Store.

And while it took a little longer than expected, now we have the official app as well. Unlike the third-party versions, Google’s app is free. It’s also quite a bit faster thanks to APIs that Google hasn’t made publicly available just yet. The result is a great app that is likely to be many user’s go-to dialing and message management service on the iPhone.

If you’ve used Google Voice on your computer or other devices, the iPhone version should be familiar to you. However, unlike the Android version, Google Voice cannot totally take over the calling capabilities on the iPhone. All that means is that you have to open the app instead of your regular iPhone Phone app to use it.

But you can make calls right from the app. You dial a number and it automatically takes you to the iPhone’s Phone app where it places the call from your Google Voice number by way of Google’s backend system.

When you receive a call to your Google Voice number, it will come in to your regular Phone app as well, just as happens now with call forwarding.

You can also send and receive texts from the app. And you can listen to your Google Voice voicemails — and yes, all of them are transcribed for you to read in the app. And all of this works with the iPhone’s Push Notification system.

And unlike the HTML5 version, the native app can access your phone’s contact list. This make it easy to place calls and set up Quick Dial Contacts.

Google Voice remains U.S.-only for now, but the team says it will roll-out internationally in 2011. It is also iPhone-only for now. Though Google envisions both iPad and iPod touch support in the future. That said, Google Voice is still not a VoIP service, so you won’t be able to make calls without service. The app requires iOS 3.1 or later.

Again, you can find the app in the App Store here. It’s a free download.

Update: And now you can read more about it on Google’s blog. 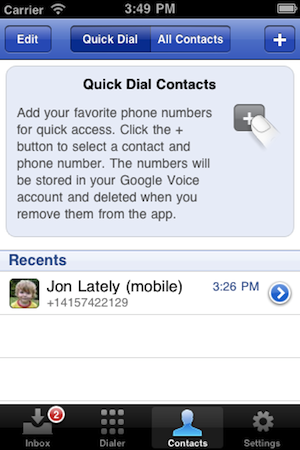 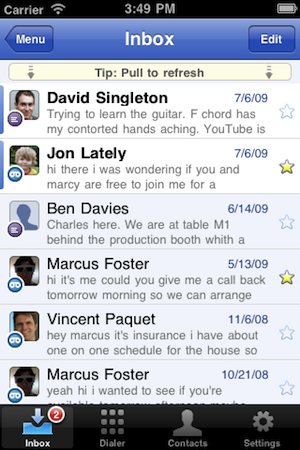 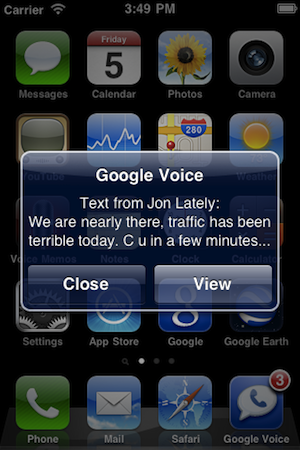 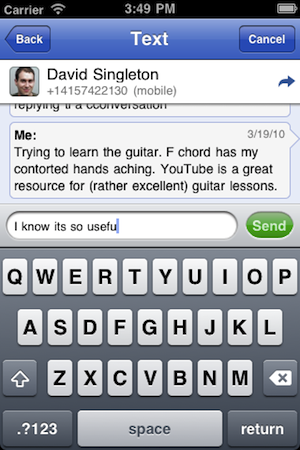