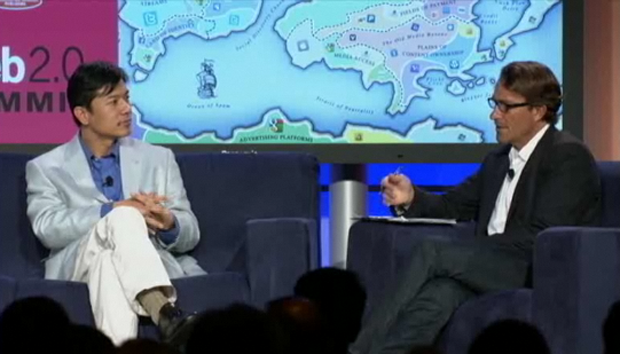 Baidu CEO Robin Li made a rare appearance at the Web 2.0 Summit this afternoon and revealed some interesting information on the extent of his company’s reach. “Baidu answers more search queries in China than any other search engine in any other market, including Google in the US.”

This might be one of the many data points supporting why the Baidu stock has more than doubled since January, now at a market cap of 40 billion. That is roughly the size of eBay’s.

“We have a lot of room for growth,” Li said, as 1/3 of China currently has Internet access which boils down to about 420 million people. According to Li 99% of those people use Baidu as their search engine and that number can more than double with growing popularity of mobile phones.

So why Google was not as successful in China? “China is a very different market and Google was not close enough to feel the market.” Li also blames Silicon Valley. The proliferation of VC money poured into the local search market was one of the reasons Google failed to reach market share. Before it redirected its Chinese site to Google Hong Kong, that is.

Interestingly enough, Li himself said he thought about moving Baidu to Hong Kong a year after starting Baidu because of Chinese censorship. Li’s decision to stay has been somewhat vindicated by the fact that Baidu’s revenue has grown by 30 times over the last 5 yrs.

Li also does not regret having turned down offers in the $1.5 to $2 billion range from Google, Yahoo and Microsoft. “I knew Baidu had more potential than 1-2 billion,” Li said.