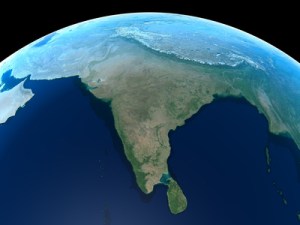 The Indian technology industry got its start running call centers and doing low-level IT work for western firms. Then, in the 2000s, it started taking on higher-level IT tasks, offering management consulting services, and performing sophisticated R&D. Now there is another transition happening, one far more significant: a transition to development of innovative technology products.  Instead of providing IT services as the big outsourcing companies do, a new breed of startups is developing high-value products based on intellectual property. The Indian industry group NASSCOM estimates that in 2008, the country’s software product revenues totaled $1.64 billion. It forecasts that this will grow to $11 billion per year by 2015.

I attended the NASSCOM Product Enclave in Bangalore, this week, and gave several talks to the 1000+ entrepreneurs in attendance. I was surprised at the changes that are powering the new transition: its tech workers are leaving high-paying jobs in IT services, and kids out of school are ignoring social taboos against failure and defying marriage customs to become entrepreneurs.  A few Americans are also joining the fray, starting their ventures in India rather than in Silicon Valley. Though in China, returnees from the U.S. are fuelling the entrepreneurship boom, they aren’t as important in India. Sadly for my Indian friends in Silicon Valley who are looking to return home, returnees—formerly in high demand and treated like rock stars—are out of vogue and now treated like rocks.

Why are highly paid workers in an industry that does lucrative contract work for multinationals jumping ship? It’s the same dynamic as you observe in the United States.  Entrepreneurs start their companies when they are, on average, 39 years of age. They have 10 to 15 years of work experience and ideas for products that solve real customer problems; they get tired of working for jerk bosses; and they want to build wealth before they retire.  So they defy their fear of failure and take the plunge into entrepreneurship.

India’s outsourcing industry is about 20 years old and has hundreds of thousands of workers with 10 to 15 years of experience and ideas for innovative products.

At the NASSCOM event, I met dozens of tech-service industry workers who had become entrepreneurs. A surprisingly high proportion weren’t developing products for their former customers, but were instead looking inward to solve India’s problems. The one who impressed me the most was K. Chandrasekhar, of Forus Health.

Chandrasekhar learned that that the vast majority of the 12 million people in India who are blind could have maintained their sight if only their problems had been diagnosed and treated on time. The diagnostic equipment for a single hospital cost at least US$60,000—which put it out of the reach of most regional clinics—and required ophthalmologists to perform the diagnosis. Chandrasekhar and Forus cofounder Shyam Vasudev decided to leave their jobs as senior executives at NXP Semiconductor (an offshoot of Philips) to create an affordable, all-in-one intelligent pre-screening device that is non-invasive and can be used by minimally trained technicians in rural India. The device provides an indicative report in 10 minutes for five major eye-related problems, including diabetic retina. This frees the doctor up to treat patients rather than administer tests. The product costs less than $15,000, and Forus expects the price to drop to half that in volume production.

Another impressive entrepreneur at the NASSCOM event was Vishal Gondal.  In youth entrepreneurship, Gondal is the Bill Gates of India. He dropped out of college to start his first company when he was 16, and launched his big success—Indiagames—when he was 23. He sold part of his company for a multi-million dollar sum 2005. He now mentors young entrepreneurs and invest in startups via his fund called Sweat & Blood Venture Group.

But college-dropout tech entrepreneurs like Gondal are extremely rare in India. Most make the wise choice to complete their education before joining a startup. So far, the biggest inhibitor of youth entrepreneurship in India has been the social stigma associated with failure and the low social esteem bestowed on startups. In the arranged-marriage system—which is still the norm in India—a young male who joined a company such as Infosys or IBM would command the best marriage proposals, and those who took the startup path risked trading down. No longer.  All of the young entrepreneurs I met said either that they had told their parents that they would find their own partners, or that their parents supported their decision.

It also used to be that nearly all the graduates of India’s prestigious Indian Institutes of Technology (IITs) would join investment banks or take senior positions in the outsourcing industry. Given the huge salaries these workers commanded, entrepreneurship was out of the question. Yet I met dozens of entrepreneurs who had left these institutions and were now risking it all on entrepreneurship.  Two such are Pavan Thatha and Rakesh Thatha.

After completing his MBA from IIT-Bombay and working in the outsourcing industry for four years, Pavan Thatha persuaded his brother Rakesh, an IIT-Madras graduate, to leave his job at Computer Associates India and start a security-software firm called Arrayshield. That was in May 2010. By October 2010, they had hired two more IITans who left new jobs at Oracle India and John Deere. The new recruits took 75% paycuts. The recruits received intense pressure from their family not to take the risk—their parents couldn’t understand why they would leave prestigious, high-paying jobs to risk it all.  But they were determined to be part of the journey of the brothers, to do something to make a difference and change the world.

And it isn’t just the Indians who are seeing opportunity in India.

Valerie Rozycki had always wanted to be an entrepreneur and was keenly interested in emerging markets while a student at Stanford University. She believed India’s growing economy would provide great opportunities for someone like her. She had an idea to build a mobile engagement platform based on dialing numbers or “missed calls” (most Americans are not familiar with the concept of “missed calls”, but in the developing world, they are a common way of sending a short message: “I’m on my way home”, “pick me up”, “I love you”, etc.). So, in February 2010 she started a company called ZipDial, in Bangalore. The company leverages “missed calls” in marketing campaigns—to log votes.

Valerie clearly has many great opportunities in Silicon Valley. When I asked her what a (white) gal like her was doing in a place like Bangalore, she smiled and said, “when all of the action is in Bangalore, who needs Silicon Valley?”

Editor’s note: Guest writer Vivek Wadhwa is an entrepreneur turned academic. He is a Visiting Scholar at UC-Berkeley, Senior Research Associate at Harvard Law School and Director of Research at the Center for Entrepreneurship and Research Commercialization at Duke University. You can follow him on Twitter at @vwadhwa and find his research at www.wadhwa.com.