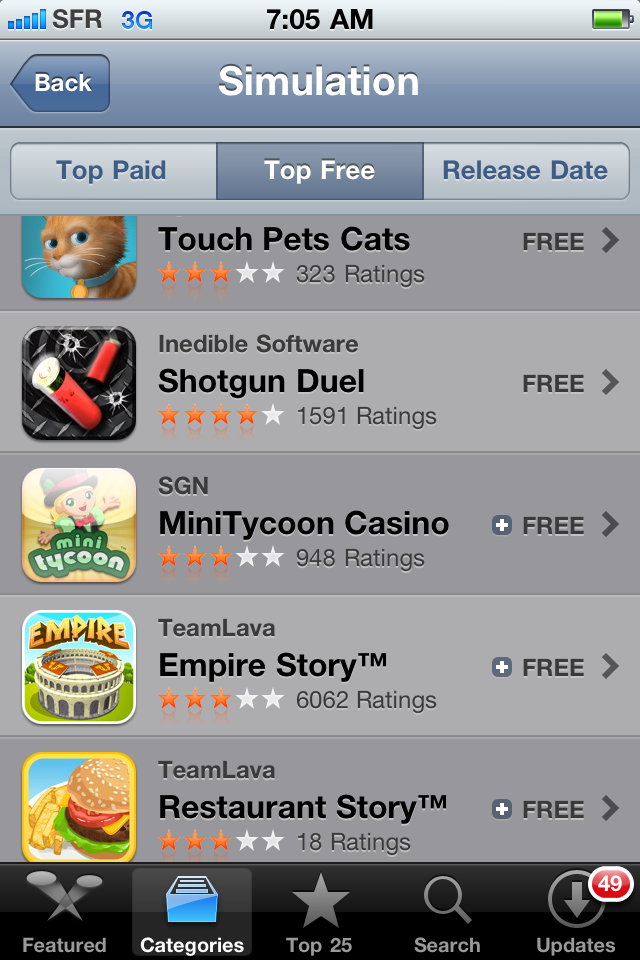 Less than a week after its global launch, MiniTycoon Casino, is now the number one mobile social game on the iPhone ahead of the real social games including Empire City, TapZoo, Restaurant Story and Farmville. This is SGN’s first pure social game on the iPhone and iPod Touch. No doubt as a result of its social features, it’s also now the number one casino game, although you don’t bet real money but instead purchase virtual goods to pimp out your place, Soprano like.

I caught up with CEO and founder Shervin Pishevar at the Monaco Media Forum to discuss the news, video below.