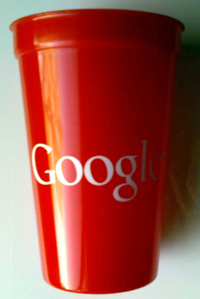 Google has had a tough time in the past couple months or so, being more or less being positioned by the media as a company that is in danger of losing its top talent to Facebook. Especially when the news of its 10% across the board raises comes off as reeking of desperation during one of the worst talent crunches Silicon Valley has ever seen. Wait a minute, since when is a company giving raises to employees something to disparage?

Brian Heifferon, COO of Aftercollege (a site that helps connect students with the companies they want to work with after college) has shared with us some insight into how the rest of the country views Silicon Valley’s current talent arms race.

Despite the fact that over 12% of Facebook is currently comprised of former Googlers, popular assumption is wrong Heiffernon asserts. According to the Aftercollege dataset of students who want to be matched up with certain companies, Google still tops the list of requests for employer connections, especially among engineering majors at the top 50 schools.

“Two months ago my company rolled out a new feature for our users (college students looking to start their careers) that allows them to request companies that they’d like to work for.

We then go out on their behalf and pursue opportunities from those companies. Anyway, although it’s only been two months, we’re seeing some pretty clear sentiments when it comes to who students would prefer to work for. Google is #1, by a wide margin. Facebook is currently ranked #7.”

While it does not jive with the current media hypestorm, Heifferon show that interest in being employed by Google has not waned. And while that #1 vs. #7 margin is pretty shocking, the results show an even wider gulf when narrowed down to students who majored in engineering at top schools. Facebook is at number #12 vs. Google at #1 when the data is sorted by student requests through top engineering programs like Berkeley, Stanford, MIT, Georgia Tech, Michigan, etc. So maybe Google HR can take a deep breath and relax, at least for the moment.