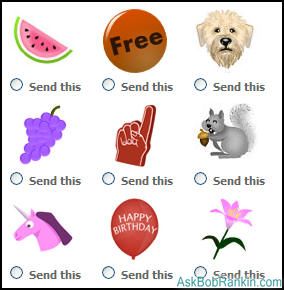 Zachary Allia is just 26 years old. He’s either really lucky, is a negotiating savant or a combination of both. Back in 2007 when Facebook first opened their platform, Allia and a graphic designer pal came up with the Free Gifts app– mostly because he was a poor college kid and paying $1 to send someone a picture of a cake seemed exorbitant. He launched it and woke up the next morning to find it had 1 million users. It soared to ten million before he sold it to SGN in 2008.

Three things are notable about that deal: It was for a small undisclosed amount but Allia owned 100% of the company at the time, so it was likely a life changing amount of money; he chose selling to SGN over selling to Zynga (doh!); and he came to regret the deal once SGN abandoned the product to move more towards games. When Facebook abdicated its own virtual gifts product last summer, Allia decided he wanted the company back. Getting it took some doing, as he explains in the exclusive interview with TechCrunchTV below.

He enlisted two important allies: The first was Dave McClure who gave him $100,000 in funding. He acquired the company, and still had money left over if that tells you how cheap it was. The second was Narendra Rocherolle who is the master of selling, buying back on the cheap and reselling– having sold Webshots for $85 million, bought it back for practically nothing and sold it again for $70 million. Rocherolle got to know Allia before he even built Free Gifts and has taken him under his wing, serving as an advisor and co-founder in the new company, which is called 64 Pixels. The goal is to spin the company into an egreetings 2.0 powerhouse.

Watch the clip to hear more about the deal, any regrets, the company’s future and Allia’s advice for any kids coding in dormrooms.