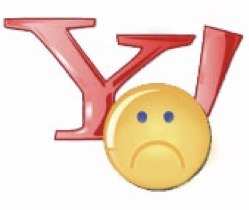 Yahoo is preparing to lay off 20% of total staff, we’ve heard from two independent sources, and managers have been asked to begin to make the tough decisions on who stays and who goes. This news comes just days after Google announced a 10% pay raise and $1,000 spot bonus for all employees. This is a story we’ve been tracking down for weeks.

At the end of 2009 Yahoo had nearly 14,000 employees, and they currently have 14,100 employees. There have been layoffs in this last year, as well as new hiring, but a 20% hit suggests 2,500 people or more will shortly be out of a job. As we reported in September, the company will likely be hiring additional employees in Bangalore and other locations to handle some development and operational jobs being cut in the U.S.

We contacted Yahoo for comment. They responded “we do not comment on rumor or speculation.” Also no word on whether CEO Carol Bartz might be willing to take a pay cut to a more palatable, say $10 million/year. That $30 million would allow Yahoo to keep 300 employees on at a more than respectable $100k/year.

Update: Yahoo says via a statement that we’re being “misleading and inaccurate.” “Yahoo! is always evaluating expenses to align with the company’s financial goals. However, a 20% reduction in Yahoo’s workforce across the board is misleading and inaccurate.” I’m sticking by this story based on our sources, and all have confirmed that managers are being asked to target 20%. Perhaps they’re finding wiggle room in the total percentage, or what employee groups are affected (U.S. v. international, etc.) Also, given how widespread this information is within Yahoo’s ranks, I don’t see the point of denying the plans.