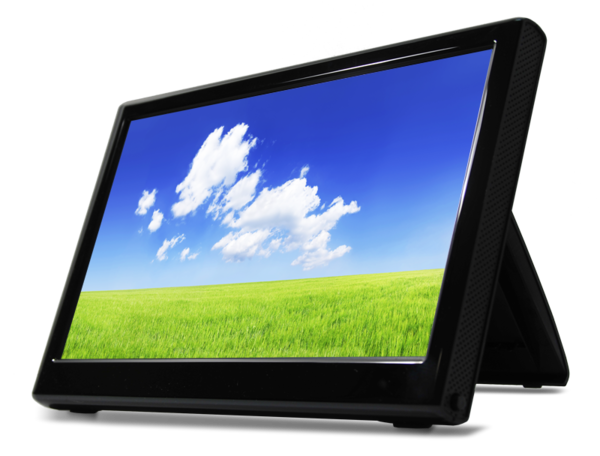 The Monster Touch is an auxiliary screen for people who, well, need an additional screen. In case of the Monster Touch the idea is there, the execution needs some work however. I’ve found some situations where the screen came in handy and I can imagine that for some users this screen would do the trick.

As the Mimo Monitors website states, “One cable does it all”. The Monster Touch is a 10″ USB touchscreen monitor for Mac and Windows. The box it comes in includes the USB cable, drivers CD and the screen. In the screen you will find the stylus hidden within a little hole. The screen is a bit fat for my liking especially in these iPad times. I can’t help myself and compare the Monster Touch with tablets. Well it is a tablet. You just have to plug it in a computer. So, thing is bulky and made of plastic. At the back of the device there is a hatch you can open. This hatch is then used as a stand and also for hiding the USB ports. While the screen feels fairly sturdy the hatch doesn’t click to place when you open it. So when you lift the device up the hatch just swings there making you have to readjust every time you move the thing. Not so good.

One end of the cable is micro and the other is double USB. Obviously the micro USB goes into the Monster Touch. This is okay however you need to open the hatch to plug the cable in. There are two more USB ports at the back of the screen, probably for when you use up all two slots on your MacBook. This is very nice however when I plugged in my mouse it just didn’t work. Still, compensating for eating up all the ports is a definite plus. When everything is hooked up you can close the hatch and use the device just like a tablet. 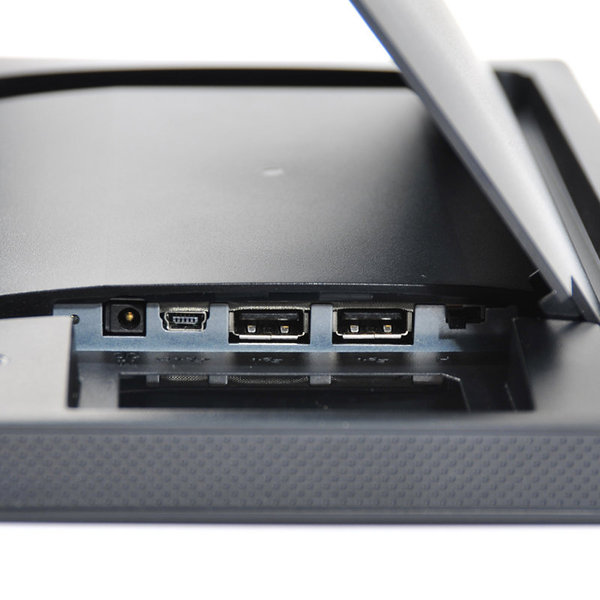 The screen has a good amount of brightness but lacks a bit of contrast, especially when compared to the screen of the MacBook. You have a switch for low and high brightness settings, again, under the hatch. Installing the USB driver is simple and – for those who only need an additional screen – it’s enough. If you want the touch functionality you need to install more stuff. Then you need to calibrate the touchscreen by pressing points for certain amount of time. This is not a problem but the calibration software feels like we’re in 1998, both function and design-wise. By the way, function. Have you tried touching a scroll bar with your finger? That’s right, you can’t because it’s not made for that. You can’t just put touch functionality into a device and then emulate mouse clicks with it for the OS. And this is what happens with the Monster Touch. You touch the screen, pop! the mouse is there under your finger. 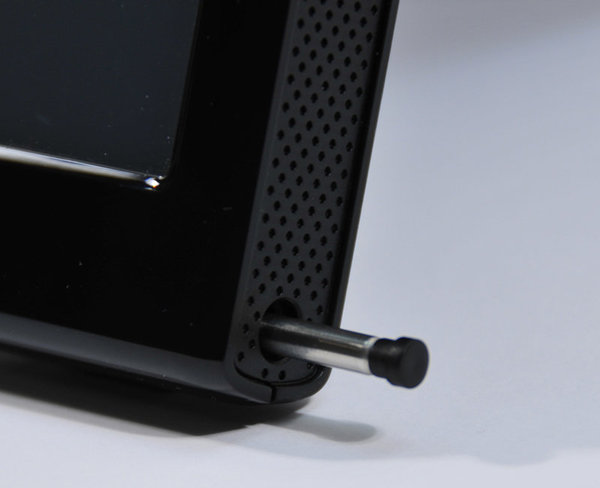 No gestures. This means that you can’t really browse because you can’t scroll the page down. There’s no right click either. The way this is done is just not sufficient for most people who want’s to read and write emails or browse. You could use the stylus of course and hit the scroll bar. It would be interesting to have a gesture based driver to use with this device. I can also see someone with a drawing software using the Monster Touch.

What is it for? You can put your Skype (and any other IM) contact list on it. Or, another example would be the mixing window of Logic. You get the idea.

The Monster Touch is well built. The retail price is $260 and it seems right. However if you need an additional screen you can get one from amazon at half the price. But there is the touch functionality, which is, well, there and it is USB powered. If you think just how much more they put into the iPad or any other tablet you start to wonder why is the Monster Touch so bulky. Then again an iPad costs twice the price.