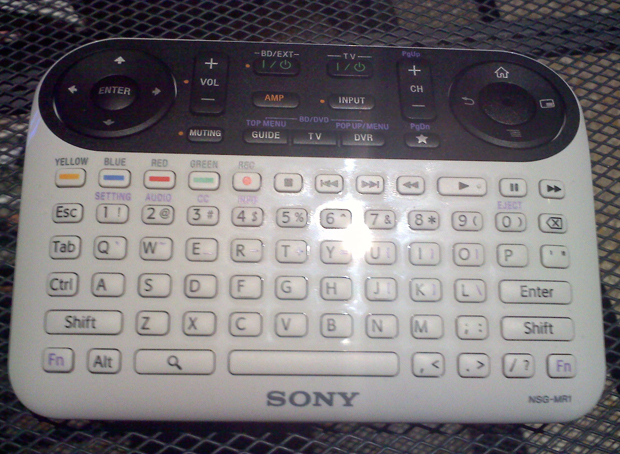 Google TV Product Manger Rishi Chandra took the stage today to talk about Google TV, Google’s recent effort to integrate television and Internet browsing. Google TV has recently become the subject of much debate as networks like Fox, NBC, CBS and ABC have all pulled their content from the service (looks like Fox pulled out from the service while Chandra was on stage!).

Cable companies are also viewing Google TV as a threat, as they are increasingly concerned with cord-cutting (a huge buzzword at this conference), or people canceling their bundled cable subscriptions because they can find the content for free or for less elsewhere.

“Cord-cutting is not happening anytime soon,” said Chandra, “We’re not trying to replace cable.” When asked by the interviewer the blunt, “Well then why don’t broadcasters like you?” Chandra replied,“There are very many content owners who welcome Google TV, we are building a variety of different partnerships. It’s not TV or web, it’s TV and web.”

The talk was tinged with similar signs of appeasement towards content providers, with Chandra repeatedly emphasizing the multitude of business models currently supported by Google TV, including subscription, Netflix and HBO. “We need the industry to adopt the platform,” he said.

When asked why the world needs search on television, Chandra replied, “There’s a new paradigm when you go from 300 channels to a million channels.” As an example of innovation in television inspired by advancements made on the web, he brought up the product YouTube LeanBack on Google TV, “You can now type in Elmo, type in LeBron James and get your own personalized channel.”

It’s still not clear how Google TV, which absolutely needs the cooperation of media companies to thrive, will manage the Herculean feat of bringing the worlds of Internet and television together seamlessly. But Chandra says the potential is there and that’s what matters, “This is very early days, in terms of where Google TV is and where the platform is at.”