Internet phenomenon Merton, who forged his career playing piano for strangers on Charoulette, took the stage at the NewTeeVee conference today to talk about the profound effect of online video on his life.

Along with revealing that he is now committed to his infamous hoodie and glasses disguise because Internet fame has turned him into a public figure, Merton lamented the decline of the service and its potential for musicians, “I’m very surprised Chatroulette never caught on for other artists.”

Merton talked briefly about how he’s trying to evolve beyond the Chatroulette platform and emphasized that he’s had quite a few sponsorship offers, mainly from people who want him to play music next to “stuff he doesn’t eat.”

When asked at the end of the interview when the last time he visited Chatroulette was, Merton gave the bittersweet response, “Months and months ago.” 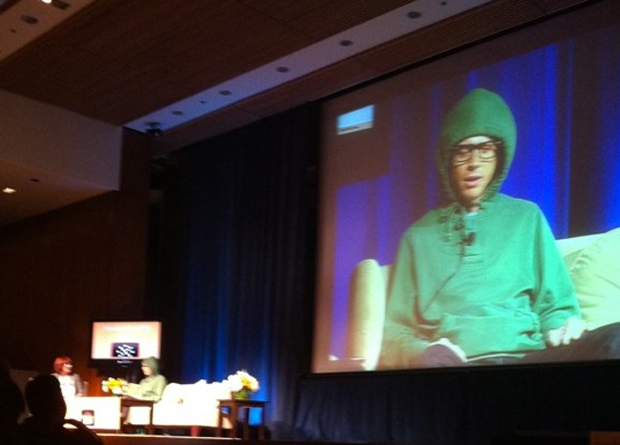