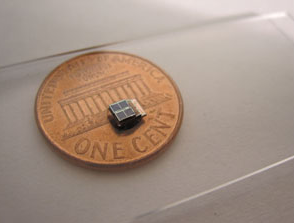 DFJ Mercury led a seed investment round of $2.4 million in Ambiq Micro, the companies announced today. Ambiq has designed and manufactures durable, highly efficient micro-controllers that can be used in everything from smoke and temperature sensors in smart buildings, to smart credit cards and smart phones.

It won a $250,000 prize on July 1, 2010 from Draper Fisher Jurvetson (DFJ) and Cisco as part of a co-sponsored Global Business Plan Competition for university and business school students. Before that, Ambiq won the Pryor-Hale Award for Best Business as part of the Institute’s Michigan Business Challenge in February 2009 and several others.

Ambiq Micro also attained a small (but undisclosed amount) of pre-seed financing from the University of Michigan’s Frankel Commercialization Fund, the first student-led pre-seed investment fund in the United States.