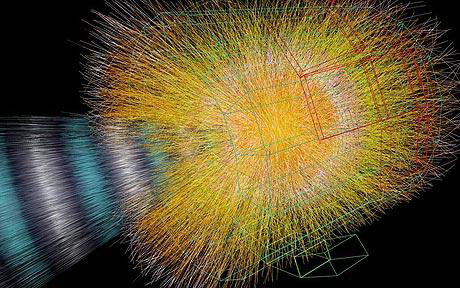 Did your bed shake you awake morning? That’s because scientists working on the Large Hadron Collider have created a series of “mini Big Bangs” in order to better understand how the universe formed all those years ago (currently estimated at around 13.75 billion years old, give or take a few million years). The scientists collided particles of lead, the resulting collision producing temperatures several times hotter than our very own Sun.

A UK scientist told the Telegraph that at that speed the collisions would melt protons and neutrons.

How hot are we talking here? Oh, you know, right around 10 trillions degrees centigrade.

The next step in the experiment will be to study how the resulting melted particles behave.

Exactly what the results of these experiments will be won’t be determined for months yet.