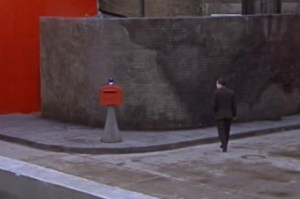 On the afternoon of Halloween, a New York based blogger spotted a group of kids lined up at the side of a road, throwing rocks and eggs at passing cars. After calling 911, he went home and searched for the kids on Facebook, adding them as “friends”. Sure enough, before long the tiny (alleged) thugs were boasting about their crimes in status updates, which the blogger shared with the world.

In both cases, the Internet’s response was swift – with bloggers and Twitterers and Facebookers leaping in to repost the allegations and to demand justice be done.

Of course, I – like most right thinking people – am appalled when I read comments suggesting that the victim of an alleged assault may have invented or exaggerated the incident. There is a special circle of hell reserved for those who assume, without evidence or legal finding, that someone would invent a sexual assault. They’re the reason why so many sex crimes go unreported.

And yet, that same circle also has room for another group of folks: those who assume that everyone accused of a crime is guilty.

As a Brit, one of the things that amazes me about American popular culture is Nancy Grace. I mean, obviously Grace herself amazes me — just, wow — but more than that, the first time I saw her show, I couldn’t believe my eyes and ears. Here was a woman, on prime-time television no less, openly discussing ongoing criminal trials and opining on whether the accused was innocent or guilty. Holy shit, I thought.

Back in the UK (and, one might argue, in any just society) Nancy Grace would be in jail. The media is simply not allowed to opine on guilt or innocence while cases are still sub justice (after an arrest is made). To do so is considered contempt of court. Likewise, journalists are not allowed to report, or republish, or even reblog, other people making similar claims. There are loopholes, of course, once the case has gone to trial (statements made in court can be reported, as long as they’re clearly marked as allegations) but by and large the principle of innocent until proven guilty in a court of law is held to be sacrosanct.

Today, though, even in the UK that principle is fast being rendered meaningless. Thanks to social media, anyone can publish the name of someone accused of a serious crime before they have even been arrested (which used to be the first time an allegation was reported), let alone appeared in court.

And when that naming happens, the case is over before it’s begun: no matter whether the accused is guilty or innocent, they are handed a life sentence. Until the day they die, whenever a potential employer or a new friend Googles their name – up will come the allegation. And, prison terms notwithstanding, that allegation carries the same punishment as guilt – a lifetime as an unemployable, unfriendable, outcast. There’s a reason why the Internet is a great way to ruin someone with false allegations – and it’s the same reason why falsely accused people are just as likely to harm themselves as guilty people.

Of course, it’s very possible that in any given case, the accused will turn out to be guilty. They very often are. And in those cases it’s hard to argue that a victim did anything wrong by naming their attacker – especially if doing so encourages others to come forward. Certainly after guilt has been established in a court of law, it’s open season on the perpetrator, both online and in traditional media: such is the price of crime.

But in the meantime, for the sake of the mercifully small number of people who are falsely accused (by accident or design) of crimes they didn’t commit, surely it’s beholden on all of us to resist our natural impulse to repeat potentially life-ruining allegations until the law has been allowed to run its course.

Which brings me neatly to a brief backstage postscript.

Some sharp-eyed readers have noted that TechCrunch was one of the publications that covered the alleged sexual assault story, shortly after it broke. The post has subsequently vanished from the site, leading to some slightly comical accusations that our new corporate owners had demanded that Mike Arrington pull the story (comical because I’m not entirely convinced anyone at AOL reads TechCrunch).

In fact what happened is that, for all of the reasons above, Mike decided it was right to delete the post – and Alexia, the post’s author, agreed with his judgement. Mike has written before about how our community is better off without us reporting on unproven personal allegations, no matter how juicy the story. Deleting the post is consistent with that policy.

Am I disappointed that the story appeared on TechCrunch in the first place? For sure. But at the same time I know that the reporters here are under huge pressure not to miss stories, and it’s impossible to get it right every time. At best, hopefully episodes like this make everyone pause a bit longer in future before posting things that could ruin lives.

More than anything, though, I’m proud to write for a publication that firmly stands its ground when it knows it’s right, but is brave enough to do the right thing when it knows it isn’t.

(Update: I have disabled comments on this post, on the basis that it would be hypocritical for me to say that there should be no discussion of pending cases, and then give readers a forum to do precisely that.)