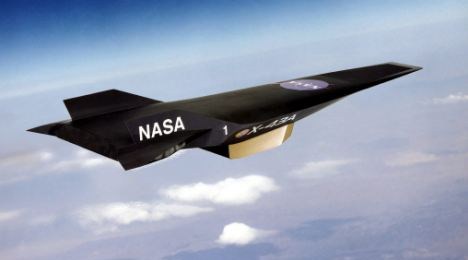 Wait a minute, Nasa, developing something great? Did we wake up in the 1960s, back when Nasa actually had a budget to, you know, do things? Either way, this is great news. So, Nasa plans to develop a new type of hypersonic jet that would reduce the flight time from New York to Sydney, which currently takes 21 hours, to two-and-a-half hours. Two-and-a-half! You can’t even drive from New York to Boston that quickly. Do a little math, that means you’d be able to fly from New York to Los Angeles, which takes around five hours today, in seven-tenths of an hour. Or, around 42 minutes. That would be quite insane.

The actual technology behind the aircraft may be used to develop a spacecraft that would be able to take astronauts to Mars, which, again, would be insane. Hopefully this happens in my lifetime.

Nasa will set aside a cool $5 million for each of the next three years to develop the technology.

And while $5 million may sound like a lot of money, the government will spent $200 million per day during President Obama’s visit to India this month. Two hundred million dollars! And Nasa, whose work could well revolutionize transportation as we know it, can only scrape together $15 million for a three-year development cycle.